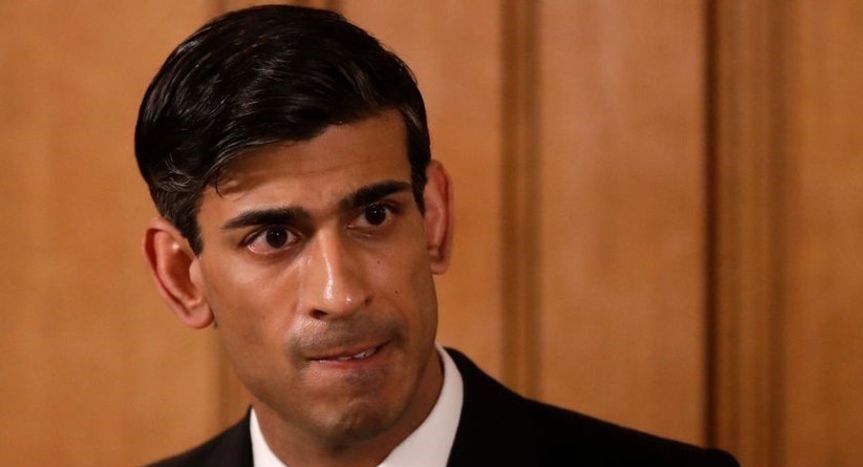 Self-employed workers will be able to apply for a grant of up to £2,500 a month to help them cope with the financial impact of Coronavirus, the chancellor has announced.

The money will be paid in a single lump sum, but will not begin to arrive until the start of June at the earliest.

The government had faced a wave of criticism over a failure to offer support to the self-employed when it announced that it would backstop private sector wages earlier this month.

Freelancers facing a total loss of earnings were left relying on universal credit ‘in full’ at a rate equivalent to statutory sick pay at £94.25 per week.

However, self-employed people will now be able to apply for a grant worth 80% of their average monthly profits over the last three years, up to £2,500 a month.

Mr Sunak said the grants would be available to people across the UK for at least three months, and longer if necessary.

In all, 95% of people who earn most of their income as self-employed would be covered, the chancellor added.

"You have not been forgotten," Mr Sunak told the self-employed this evening.

"We will not leave you behind. We will all stand together."

The move is a part of a series of radical measures to protect the economy following the spread of the Coronavirus across the UK.

Last week, the chancellor announced that the government will offer grants to all employers across the country to pay up to 80% of their employees’ wages up to £2,500 per month.

It was estimated that the government bailout of workers could cost £45billion, a bill that could rise and exceed the amount spent on bank bailouts in 2008 if the health emergency lasts longer than three months.

The UK Government has also postponed the introduction of a controversial tax reform that would have had major implications for self-employed contractors.

The rules, called IR35 and first implemented in 2000, aim to stop employees holding themselves out themselves as freelance contractors in order to pay less tax.

To improve compliance, the government in 2017 made public sector organisations responsible for determining employment status. That same responsibility was to be extended to every medium and large private sector business in the UK from early next month.