Revealed: The Scots making almost £7,000 a month doing nothing... 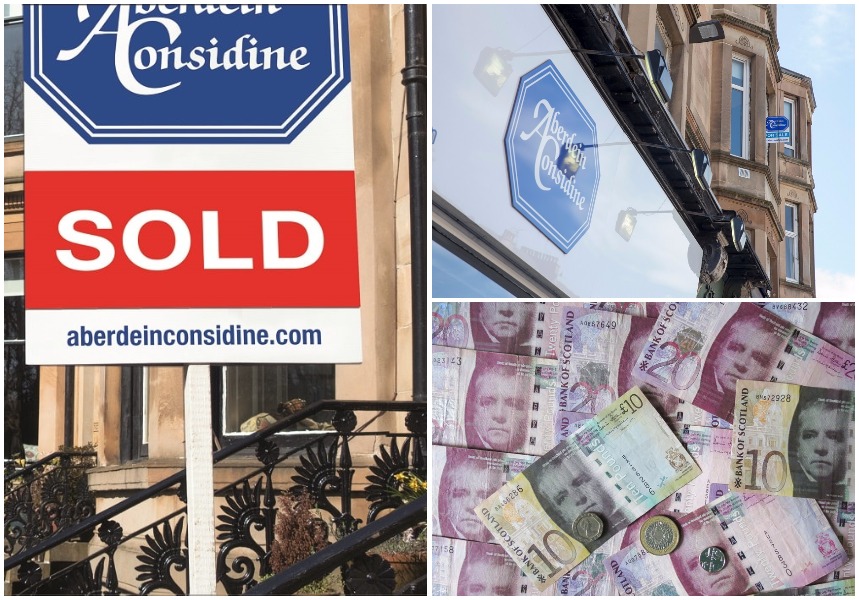 Residents in two Scottish communities have been making almost £7,000 per month from the value of their home, according to new statistics.

These properties soared to a typical price of £410,122 in the quarter between August and October - a year-on-year jump of 24.7%.

This took them to the top of the latest table for price rises recorded by ESPC, which showed properties in several areas experiencing big increases of more than 10%.

The two-bedroom flats in the New Town and West End are said to be the most expensive type of property in the region when considering the number of rooms.

Second place in the price-rise table was taken by three-bedroom houses in Corstorphine, Clermiston, South Gyle and East Craigs. Their typical value of £308,130 was ahead more than £51,000 or 20.2% in the last year.

ESPC said the median time to sell in Currie, Balerno and Juniper Green is now 18 days, as against 23 days at the same time last year.

In Corstorphine, Clermiston, South Gyle and East Craigs the time to sell is 17 days, nearly half last year's 30 days.

The average time to sell in Edinburgh is down to 18 days, as against 22 a year ago.

ESPC’s business analyst Maria Botha-Lopez said: “Three-bedroom homes in areas on the outskirts of Edinburgh have seen a surge in popularity, as those looking to buy a family home are choosing areas with good community spirit and in a good school-catchment area.

"But, with a shortage of housing stock available, we are finding that these types of home are selling quickly and for over the home report valuation - leading to this increase in average selling prices.

“There has been a very slight increase of 0.7% in the number of homes being brought to market between the months of August and October, and this could be a positive sign that people are gaining confidence in putting their home on the market. We have also seen a 3.3% increase in the number of homes being sold, again showing a positive sign on the market. We will wait and see what the effect, if any, is following the recently-announced interest-rate rise.”

If you are looking to buy, sell or let property in Edinburgh, Aberdein Considine can offer you the support of some of the city’s top property experts.

As an independent broker of mortgages, we can also help you access thousands of home loans without any broker fees.

For a limited time, we are also offering sellers in Edinburgh a free Home Report worth thousands of pounds.