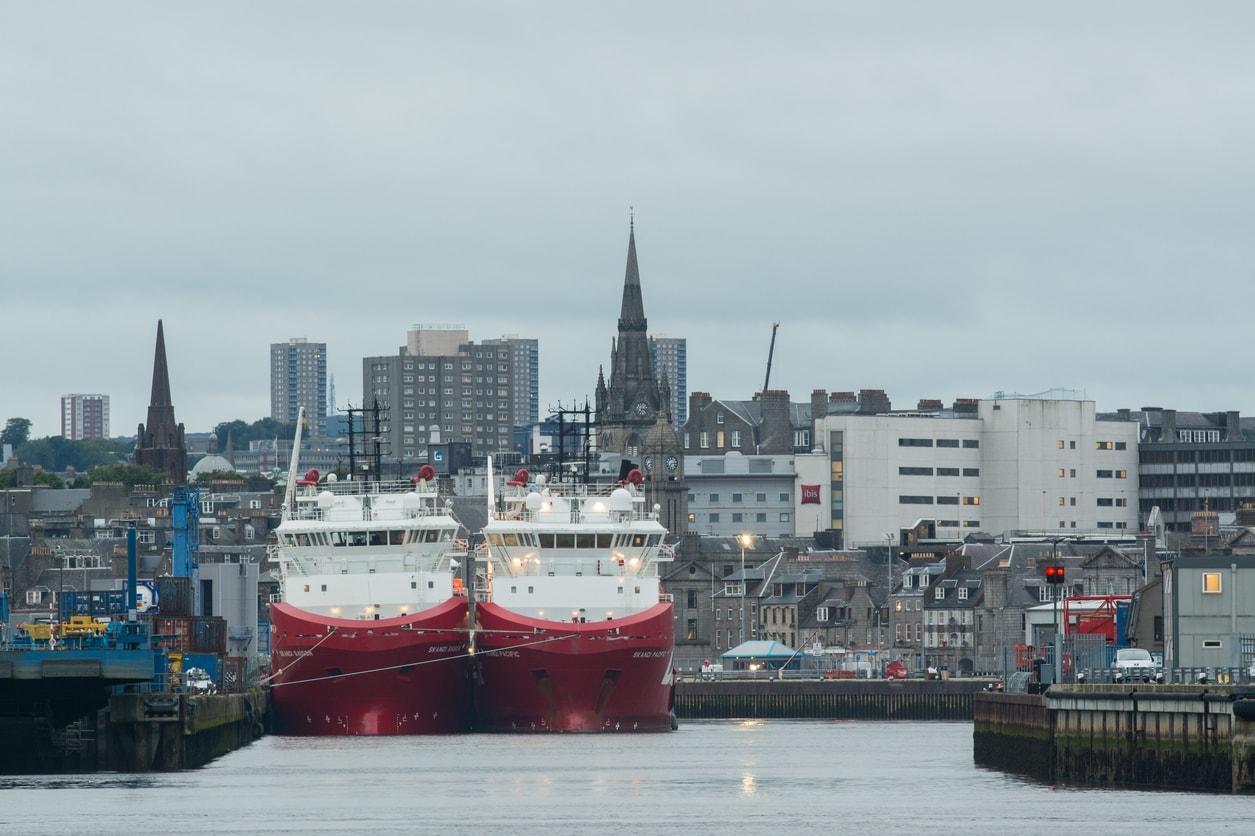 Fresh evidence continues to emerge on an almost daily basis of the gradual recovery of the economy in the Aberdeen area after the recent downturn in the worldwide oil and gas business.

The Granite City is the oil capital of Europe and, due to its dependence on the offshore energy sector, the vast majority of local people and businesses have felt the impact of the dive in the oil price.

But there are growing signs that the situation is improving.

A new study has shown a big jump in the number of oil and gas contractors more confident about business in British waters.

And, in other positive signs, passenger numbers at Aberdeen International Airport have now been up for two of the last three months following a 25-month run of decline, while it has also emerged that occupancy levels in the city's hotels are on the way up.

The findings of the 26th oil and gas survey, conducted by Aberdeen & Grampian Chamber of Commerce in partnership with the Fraser of Allander Institute, reveal that 38% of contractors surveyed are more confident about business on the UK continental shelf,  compared to just 10% who are less confident.

This is a notable rise from historic lows just six months ago, when only 12% of contractors were more confident and 47% were less confident.

More than half of contractors and operators believe that the oil sector has already reached the bottom of the current cycle.

James Bream, research and policy director at the chamber, said: “We’re seeing some signs of recovery for the industry and the global outlook is certainly more positive than it was six months ago, but it is clear that most companies are still suffering.

"We are hopefully stepping into a more prosperous period in due course."

The latest total was boosted by new routes, including Ryanair’s direct flights to Faro, Malaga and Alicante as well as Flybe’s new Heathrow service.

The hotel trade in Aberdeen is also beginning to see green shoots of recovery.

Market research agency LJ Research said this week that occupancy levels in the city rose to 64.8% in April from 62.6% a year earlier, while forward bookings for last month and this month were also ahead.

Other recent signs of an improvement in the local economy came in the Royal Bank of Scotland's business monitor, which reported that firms in the north-east are preparing for an upturn in new business for the first time in two years.

The inaugural edition of Scotland’s Property Monitor – a comprehensive new quarterly report on the Scottish property market produced by Aberdein Considine and The Times – has identified signs of recovery in the north-east property market.

Almost £3.5million worth of property is being sold every day in Aberdeen and Aberdeenshire as the market begins to pick-up post-oil crisis.

After almost three years of decline, home sales across the city and shire are still down, 12% and 10.6% respectively.

However, the rate of decline has slowed dramatically and the spring market was noticeably busier than in previous years.

We are seeing quick sales and, perhaps more importantly, competition for properties, which has even led to some closing dates being set in recent weeks.