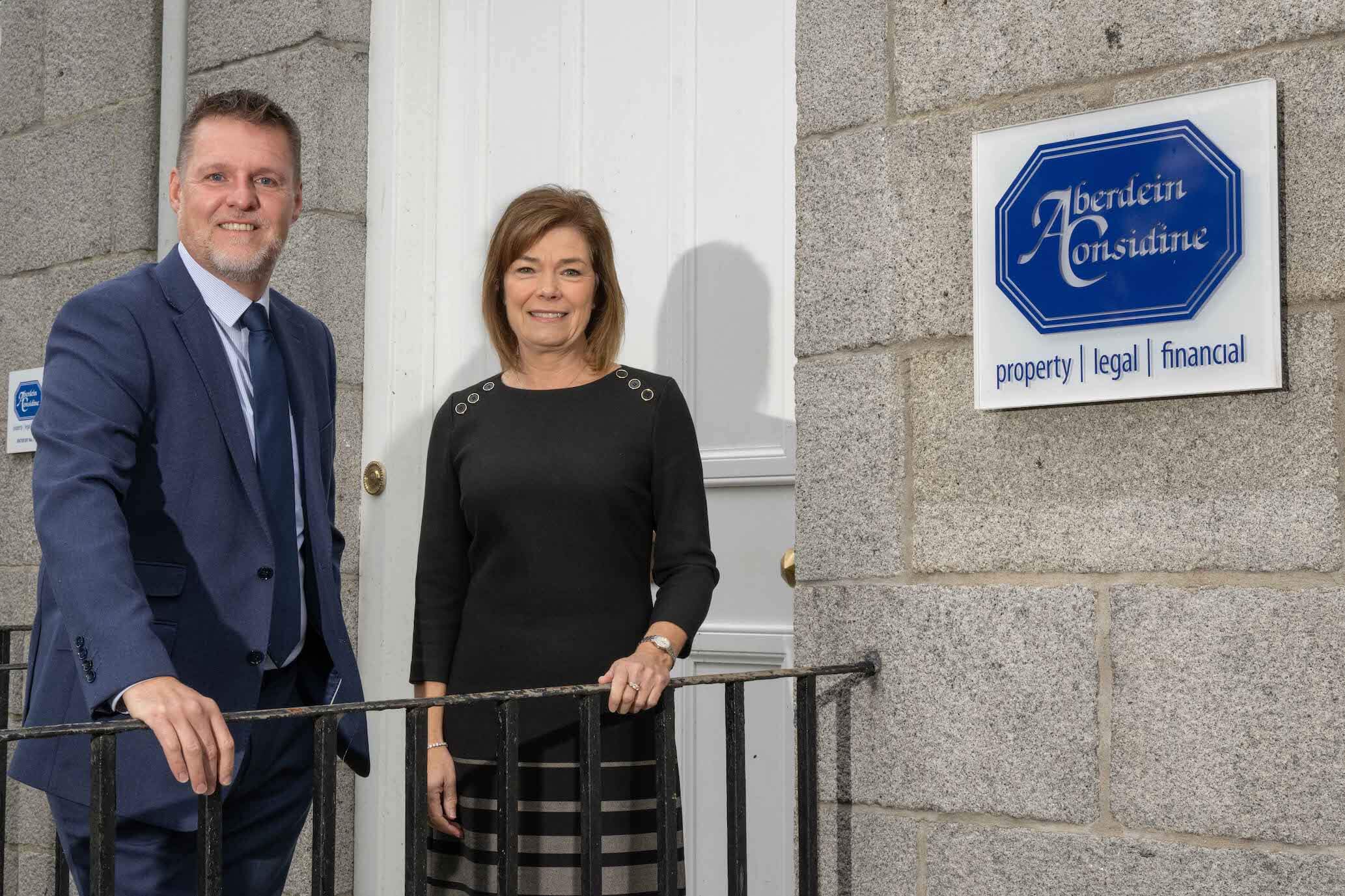 Aberdein Considine has boosted its senior management team with the appointment of a new Chief Financial Officer and Chief Operating Officer.

Julie Thomson has been appointed as the firm’s new Chief Financial Officer and Mike Fergusson has been hired as Aberdein Considine’s first Chief Operating Officer.

Julie is a chartered accountant and joins Aberdein Considine from leading global energy firm Proserv where she was Group Chief Financial Officer. Prior to this Julie spent 20 years with Weatherford International PLC where she progressed her career across a range of senior finance roles, latterly appointed as Senior Director.

Mike brings over 30 years of experience to Aberdein Considine, most of which was within the financial services industry.

Having joined The Royal Bank of Scotland in 1990, the majority of his 25 years with the bank focused on working with business clients and his career included senior leadership positions in Corporate, Commercial and Business Banking, ultimately being appointed as the Director for Commercial Banking covering the North East of Scotland.

The appointments of both Julie and Mike are a further demonstration of Aberdein Considine’s growth strategy, with the firm making significant investments in mergers, new senior hires and infrastructure during the last 12 months.

Managing Partner Jacqueline Law said Julie and Mike were critical appointments for the firm as it looks to the future.

Commenting on their arrival she said:

“The last few years have seen the firm grow and transform at significant pace, and Julie and Mike’s appointments strengthen the firm’s experienced management team and demonstrates its commitment to supporting our staff and expanding our service offering to clients. Both have an excellent track record of delivering operational excellence and growth.

They are both highly respected professionals and well known in the local and wider business communities and we are confident that they will help us deliver steady and consistent growth over the next five years.”

“Aberdein Considine is a high performing firm which has shown great growth and ambition over the years. I’m delighted to have the opportunity to play a key role in the next phase of their future growth journey.”

“I’ve known the management at Aberdein Considine for a long time and they have built a hard-earned and well-deserved reputation as one of Scotland’s most respected law firms. I’m very much looking forward to working with my new colleagues in the months and years ahead.”