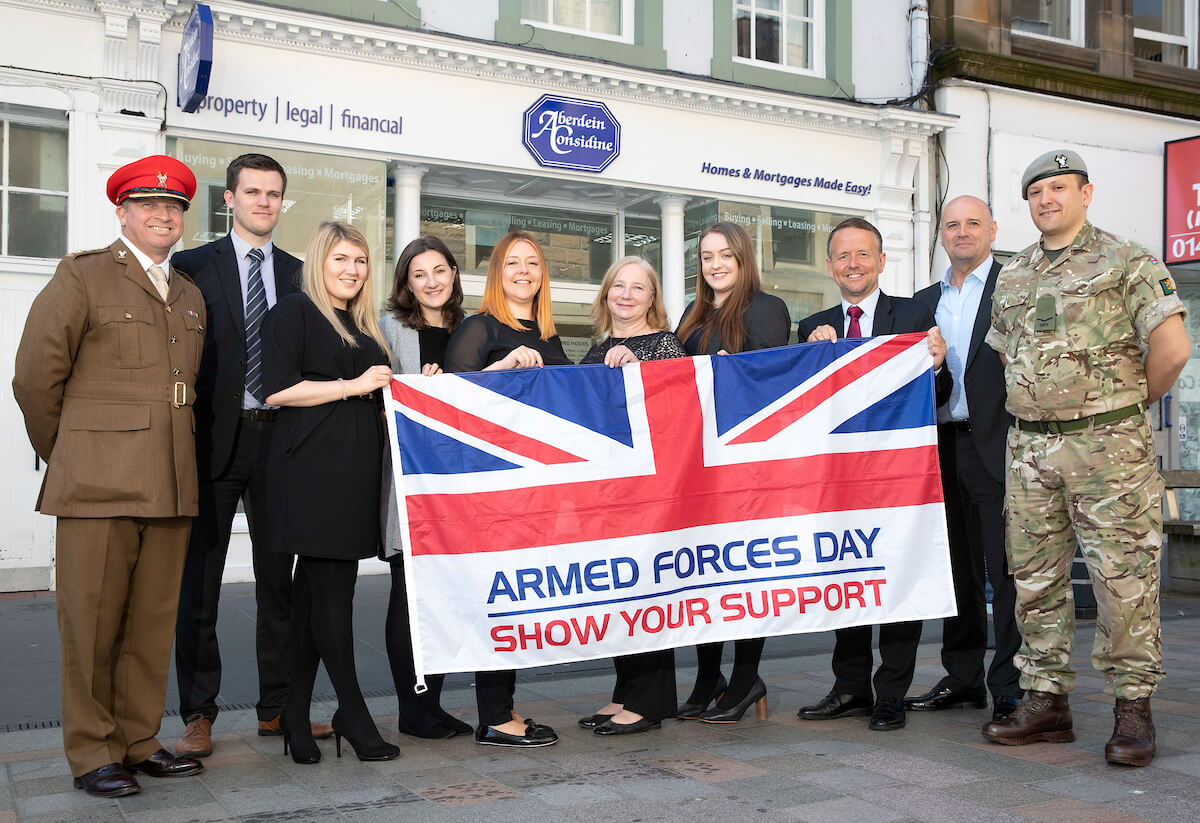 In doing so Aberdein Considine has made a commitment to support the country’s servicemen and women wherever and however it can and to ensure no member of the Armed Forces should suffer any disadvantage as a result of their service.

Aberdein Considine’s commitments to honouring the Covenant include pledges to:

Aberdein Considine is a full service property, legal and financial firm, with 20 offices across Scotland and Newcastle. It is also Scotland’s largest solicitor estate and letting agent.

The Covenant signing was organised by Highland Reserve Forces’ and Cadets’ Association and attended – along with the signatories – by the organisation’s Regional Employer Engagement Director Ron Macgregor and Charlie Fraser.

Ron said: “We are delighted that Aberdein Considine has pledged their support to the Armed Forces family and we very much value their commitment. We are looking forward to working in partnership with them.”

Charlie Fraser, Aberdein Considine said: “It’s a real privilege and honour to play a part in helping our Armed Forces through the UK Armed Forces Covenant. It’s fantastic that Aberdein Considine is backing this incredible initiative which provides valuable support to all those involved with the Services both at home and abroad. This enforces a commitment already made by being a Silver award holder for our commitment to supporting those with a Reserve Career”

Tom Ham, Independent Financial Adviser at Aberdein Considine, and a Reservist with the Scottish & North Irish Yeomanry added “Both Aberdein Considine & the Army have allowed me to enjoy two challenging and interesting jobs, which wouldn’t work without co-operation from both. I’m very proud that my civilian employer is extending that support to other members of the Armed Forces.”