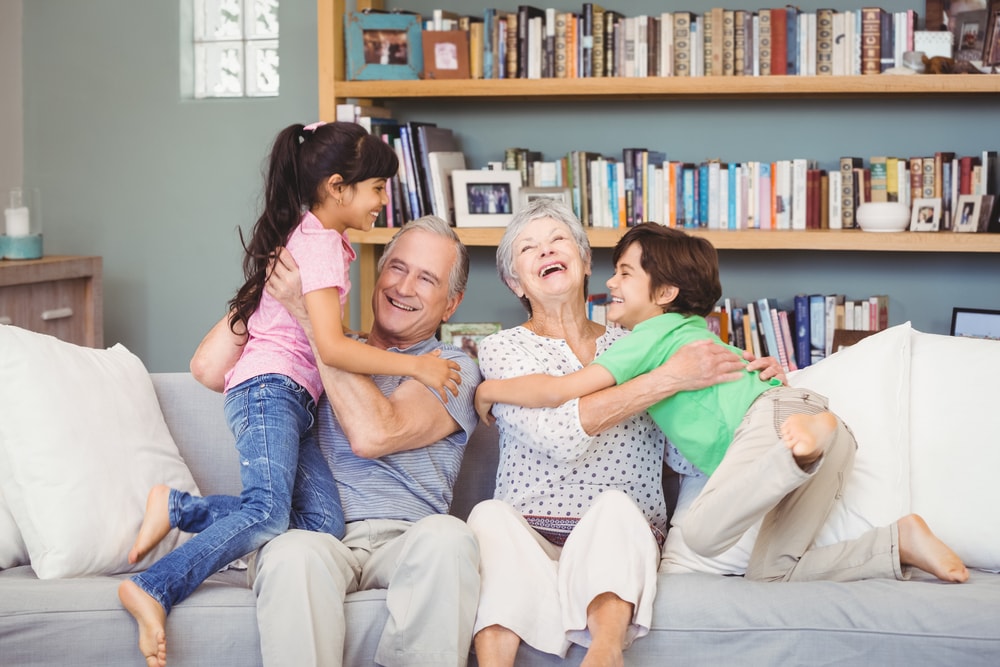 Most of us are familiar with the so-called Bank of Mum and Dad, but maybe not the Bank of Gran and Grandad.

More people are now reported to be turning to their grandparents in order to get a foot on the property ladder.

The Bank of Gran and Grandad is said to have donated tens of billions of pounds to their grandchildren, and one in 10 grandparents say this money was to be spent on a deposit for a house.

The generous donations look set to continue, as the research from Saga shows that a further third of grandparents are still considering or intending to give a financial gift.

The typical donation from grandparents is £9,365.

Grandparents say that they view this cash as an early inheritance, with over half saying that they would rather see their relative enjoy the money than wait to leave it as an inheritance.

In keeping with this generous spirit, many grandparents do not specify what the money should be spent on - four in 10 are happy for it to be spent on whatever their grandchildren would like to buy themselves.

Other expenditure from the Bank of Gran and Grandad goes on the likes of education, (23%), holidays (13%) or driving lessons (12%).

Alex Edmans, head of product at Saga Money, said: “Most of the money grandparents are gifting is coming from their cash savings, so whatever small amount of interest they are missing out on is clearly outweighed by the joy they get by seeing their grandchildren benefiting from the money.

“But if you are giving your grandchildren support as a loan rather than as a gift, it pays to take a few sensible steps so there is no awkwardness later on.

"Only half of grandparents say they discussed repaying the loan with their grandchild - our advice is to be upfront about the conditions of a loan, including how you would like the money repaid in order to avoid difficult conversations at a later date.

"But it is important to make the terms clear from the start, so that people make sure they will have the money back in their account for when they need it.

“Our customers are increasingly turning to gifting money through equity release in order to help grandchildren onto the property ladder.  On average, they take £33,000 out of their property in order to give to family.”

If you would like to speak to one of Aberdein Consdine's equity release experts about your circumstances, call 0333 0044 333 or click here.