Do you live beside one of Scotland's 'best views'? 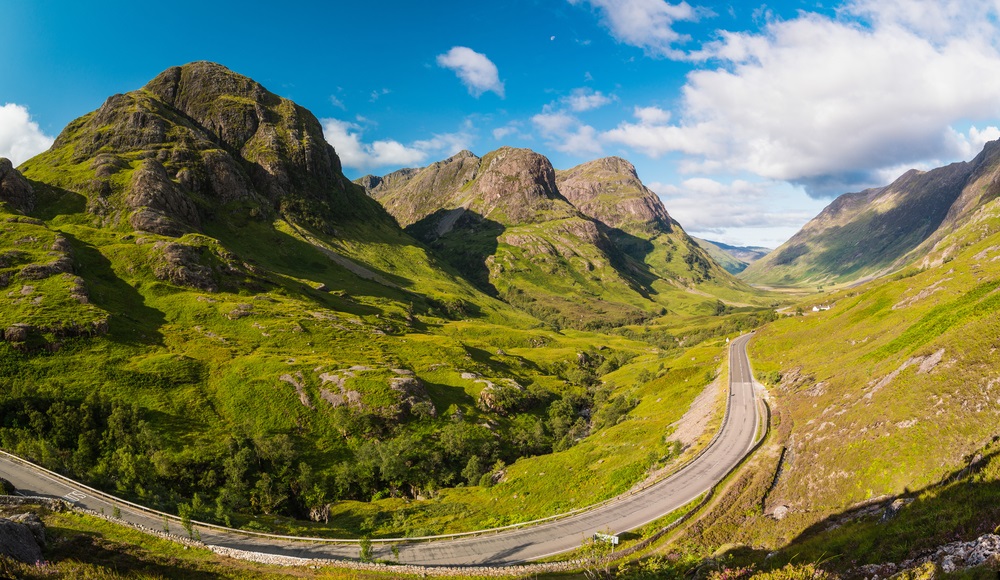 Scotland is famous for its scenery and confirmation of this comes in a new poll.

Five locations north of the border have made it into the top 12 of the greatest British views.

The runner-up spot is filled by the Three Sisters of Glencoe - the dramatic northern ridges of Bidean nam Bian, the majestic range of mountains on the south side of Glencoe.

The only entry to beat the Three Sisters to the No1 slot is the view of lake Llyn Llydaw from the summit of Mount Snowdon in Wales.

Glencoe is one of the most magnificent areas of natural wilderness in the UK. Visitors flock here year after year, inspired by the mountains and fascinated by its turbulent past. The infamous Massacre of Glencoe in 1692 saw the slaughter of MacDonalds by soldiers.

As you might expect, Loch Ness also gets a high placing in the survey - the view from the village of Dores earning it sixth spot.

No holiday in Scotland is complete without a visit to Loch Ness. More than 20 miles long, a mile wide and 700 ft at its deepest, Loch Ness is the largest lake in Scotland by volume. Many visitors are attracted by the hope of catching a glimpse of the famous monster.

In 10th is Loch Lomond viewed from Conic Hill. It is the largest inland stretch of water in Britain by surface area.

One place behind is Ben Nevis, the highest mountain in the British Isles which is over 4,400ft above sea level.

In 12th is the view of Edinburgh seen from Arthur's Seat, an ancient volcano which is more than 800ft above sea level and gives an excellent view of the city.

Over 2,500 people took part in the poll commissioned to mark the forthcoming launch of the new Samsung Galaxy S8 smartphone.

But one city image did win a place in the top 10 - the view from Westminster Bridge in London of  the Houses of Parliament and Big Ben is listed in eighth place.

Your home may be repossessed if you do not keep up repayments on your mortgage.