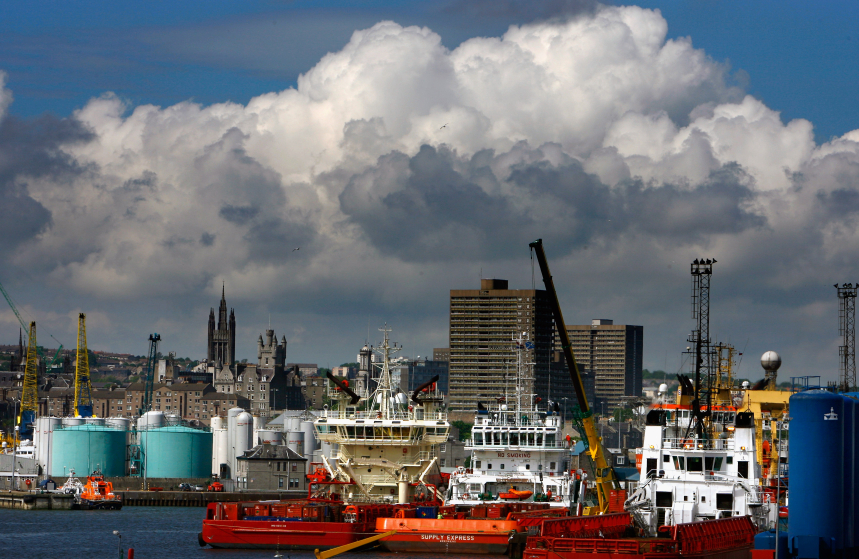 The property markets in Aberdeen, Peterhead and Fraserburgh have been tipped to be the biggest winners from Britain's decision to leave the EU.

The property markets in Aberdeen, Peterhead and Fraserburgh have been tipped to be the biggest winners from Britain's decision to leave the EU.

The Sunday Times has earmarked six parts of the country it expects to benefit from 'Brexit' - half of which are in the north-east of Scotland.

The newspaper believes that the economic changes which Britain's departure will bring will create both winners and losers in equal measure.

On Peterhead and Fraserburgh, where average prices have remained static at £138,169 and £153,205 respectively, the publication says: "The two Aberdeenshire ports are at the heart of the UK's fishing industry.

"At the moment, they have quotas for for catching fish in British waters.

"After Brexit, the UK could re-establish a 200-mile exclusion zone for foreign vessels, boosting the national fishing fleet - leading to a boom for the towns and a boost for house prices.

"Peterhead is likely to benefit most, with a £49million harbour improvement hoped to be completed next year."

On Aberdeen, where prices have dropped between 5-10% over the past year, the newspaper adds: "The property market in Scotland's oil capital has been over a barrel thanks to a collapse in oil prices.

"Yet values have been recovering and the falling pound should make UK oil industry more competitive.

"The boom years are unlikely to return, but the property market may well recover recent losses."

It also predicts Devon and Cornwall to benefit from people buying holiday homes in the south of England instead of Europe, Birmingham will grow thanks to less red tape for its manufacturers and Port Talbot will benefit from increased steel production.

The paper believes parts of the London property market will be hardest hit when the UK exits the union.

Battersea Nine Elms and South Kensington are the areas it believes will face the biggest drop in property prices.

It also forecasts Sunderland, Derby, Boston and Broughton will suffer, mainly due to buy-to-let investment falling away due to reduced demand from European migrants.