Is Chancellor Philip Hammond about to make Aberdeen boom again? 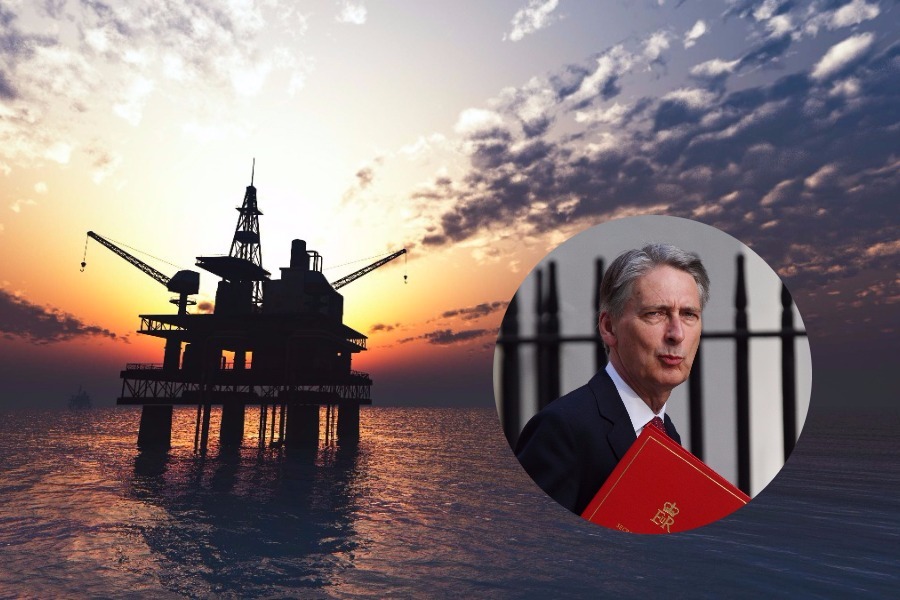 The North Sea oil and gas industry is expected to get a multi-billion pound boost from the UK Government this week.

Chancellor Philip Hammond is to deliver his most important Budget to date on Wednesday.

The Sunday Times reports he is poised to throw a tax lifeline to oil and gas producers in an attempt to unleash an estimated £40billion of new North Sea investment.

It says Mr Hammond is expected to unveil a plan to revive the industry, which has shed tens of thousands of jobs - many of them in Aberdeen and other parts of Scotland - following the plunge in the oil price.

This weekend, the Chancellor said he was “looking at” a change in the tax rules that would allow producers selling fields to roll over credits to new owners. The reform would enable buyers to reclaim the costs of decommissioning when wells run dry. The overhaul is designed to make it easier to buy and sell oil fields and keep them producing longer.

Mr Hammond said that the Treasury would need to “make sure (the reform) is robust and that we don’t inadvertently create scope for gaming on a grand scale in the tax system”.

Deirdre Michie, chief executive of industry body Oil & Gas UK, said earlier this year: "The UK Continental Shelf continues to offer an attractive range of opportunities and it is vital that we draw in a diversity of investors to ensure these are realised.

"Enabling assets to transfer when appropriate to new owners is key to this strategy. As the Chancellor has indicated, the tax regime has presented some significant barriers to asset trading, which we have been working on with Treasury for a number of years. These must be addressed as a matter of urgency."

The Chancellor is in an unenviable position with Wednesday's Budget - facing pressure for ‘bold action’ that stems from public dissatisfaction with austerity measures and squeezed public sector pay, while also having to contend with anticipated higher budget deficits over the medium term.

Conservative MPs expect Mr Hammond to set the agenda for the rest of the Government’s term and deliver a vision of how Britain will prosper outside the European Union.

What else is in store?

News on other headline-grabbers likely to be in the Budget is also emerging.

The Sunday Times said the Chancellor is to announce plans to build 300,000 homes every year.

He will unveil billions of pounds of extra investment, plus new powers and planning rules to ensure construction firms start building on sites that already have planning permission.

A close friend of the Chancellor has told the BBC that he plans to use "headroom" in the public finances to target spending on housing and health.

Stephen Hammond - a former transport minister - said the Chancellor wants to use the Budget to attack problems that contributed to the Tories' poor election performance.

Testing of driverless cars on UK roads is also expected to be given the green light.

In addition, investment in technology - including artificial intelligence and 5G mobile networks - will be announced.

The Chancellor is also expected to call for evidence on whether a tax on the use of the most environmentally damaging single-use plastics, such as takeaway boxes and bubble wrap, would help tackle the problem of plastic waste.

Meanwhile, the EY Item Club said in its Budget preview that the Chancellor seemed set to remain committed to the fiscal targets he set out in the autumn statement last November.

Howard Archer, chief economic adviser to the Item Club said: “The Chancellor is getting squeezed on both sides. He is under pressure to increase levels of public spending, but he now faces larger deficits over the medium term and he has to square the circle."

The Item Club added that, if he has the appetite, the Chancellor could choose to take some bold measures in the Budget while maintaining fiscal discipline. However, this would necessitate rebalancing measures.

It said: "For example, the Chancellor is reportedly considering the promotion of 'intergenerational fairness' through cutting National Insurance Contributions for younger workers and financing it by restricting pension tax relief for older workers."