AWPR could be giving a boost to Aberdeenshire housing market 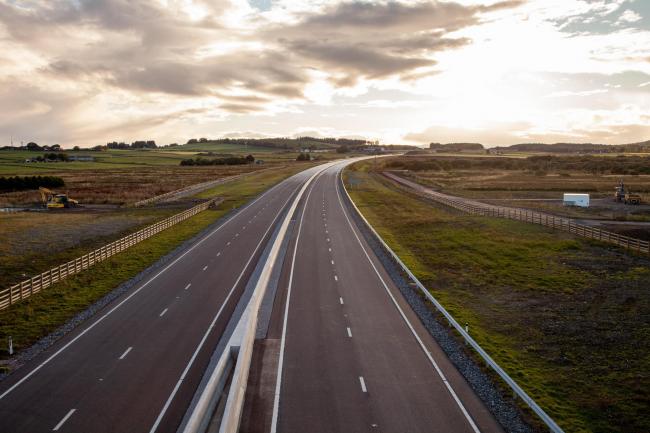 The new Aberdeen bypass could be giving a boost to the homes market north of the Granite City.

This potential development is highlighted in the latest report from Aberdeen Solicitors' Property Centre.

John MacRae, chairman of ASPC, points out that house prices held steady in the commuter town of Ellon in the fourth quarter of 2019 when compared to the third quarter.

Impact of the oil industry

The property market in the Aberdeen area has suffered for several years from the impact of the downturn in the oil sector, but the fortunes of this important industry have seen an improvement recently.

Increasing confidence in the future of the local oil business is giving a welcome shot in the arm to many other sections of the north-east economy, including housing.

Mr MacRae says in the Q4 report on the Aberdeen area property market: “There are reports that the housing market in the south-east of England has made a vigorous start to 2020, and the reason being given is a ‘bounce back’ effect following on from the result of the General Election.

“It is generally accepted that a decisive result in a General Election will allow people to feel that they can plan ahead, short to medium term, and it is interesting to see if there can be discerned any sign in our own market of any such effect.

“While I would urge caution, there are one or two ‘straws in the wind’ in the figures which cause some interest.”

Mr MacRae points out that the last three months of any year is normally one of the worst quarters  for the housing market due to seasonal influences, while the Q4 of 2019 also had to contend with Brexit concerns and a General Election.

Despite that, the price drop for Aberdeen and its suburbs at the end of last year was just 1% between Q3 and Q4.

He adds: “This is unusual in that we would expect the fourth quarter to fare more badly than seems to have been the case.”

Inverurie actually saw a 0.1% rise in prices between Q3 and Q4, while other country areas were reported to be ahead 0.3%.

The ASPC chairman says another point of interest is that the annual price change for Aberdeen and its suburbs, while still in negative territory, had improved by nearly 1% to only -3.9%.

He adds: “A third, and intriguing local variation, is that the quarterly price change in Ellon is 0% - and I am beginning to wonder if centres of population north of Aberdeen on the main road are beginning to see an effect from the greatly-improved road links, particularly the western peripheral route.

“This will be something to keep an eye on in the forthcoming months.”

Mr MacRae also commented that the current indicators on the UK’s economic front are good, and there is the prospect of five years of a reasonably-settled political environment.

He went on: “Coupled with low mortgage rates and low house prices, this seems to me to be a very good time for purchasers to take the plunge in our local market.”