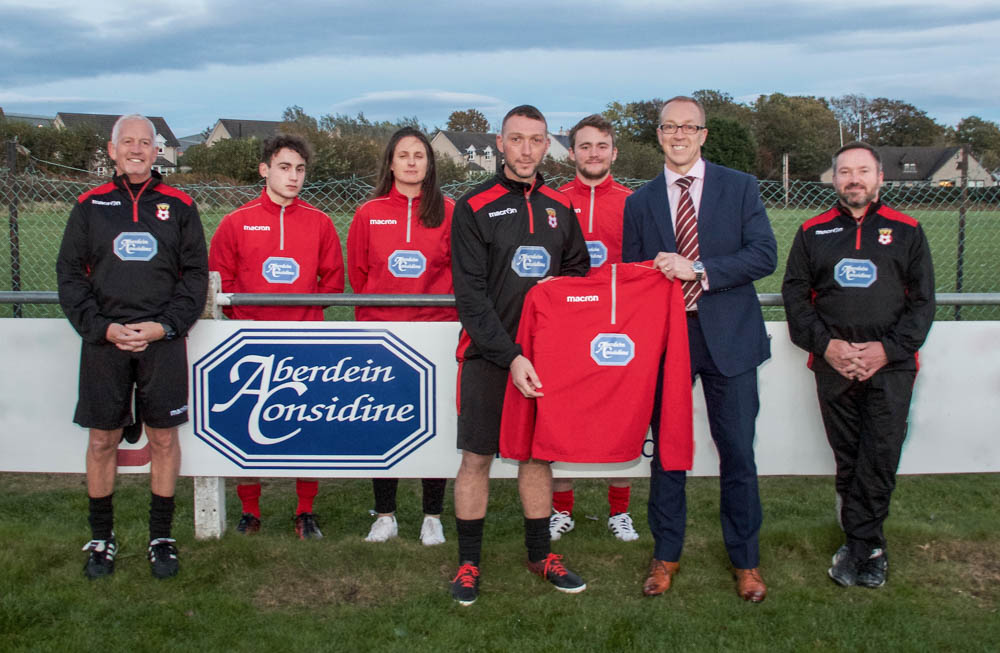 Local team Ellon Utd is enjoying a mid-season boost with the announcement of new kit sponsors.

As the football season approaches the winter months local solicitor estate agent Aberdein Considine will be the sponsors for the team’s training kits.

Gary Ross, who is a Partner at the firm’s local office in Ellon was behind the move and it follows Aberdein Considine’s longstanding support of the club.

Commenting on the sponsorship Gary said: “We live and work in the local community and it’s rewarding to know we can play a part in supporting local community clubs like Ellon Utd.

Billy Gordon, President, Ellon Utd said: “We very much appreciate the support from Gary and Aberdein Considine and it’s great to know that we have the backing of local firms as we look forward to the rest of the season.”