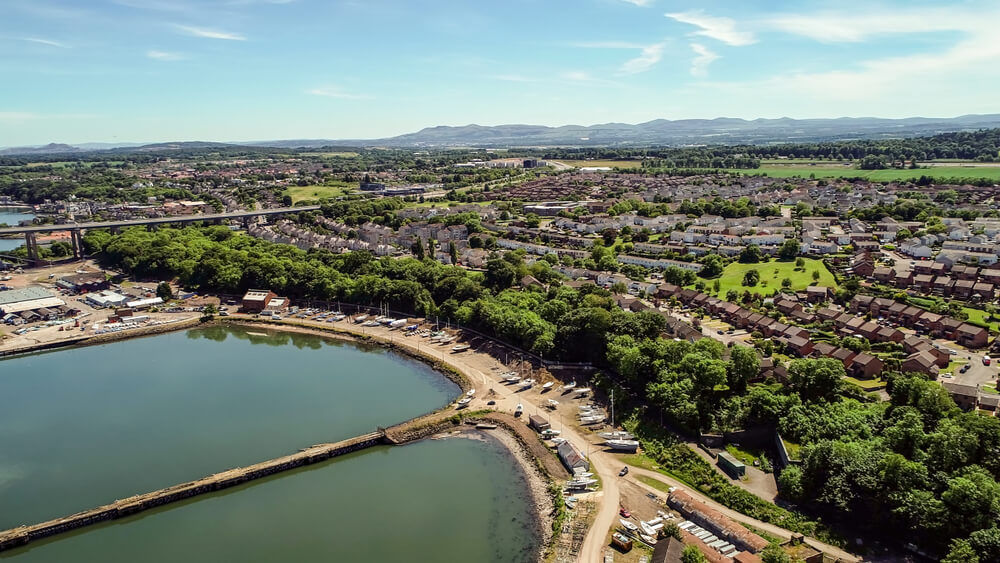 The price of houses at two locations in the Edinburgh area has shot up by an average of more than £60,000 in the last year.

The latest property price report from ESPC reveals that three-bedroom homes in South Queensferry and Dalmeny were changing hands for a typical £297,314 in the July-September period.

ESPC says this "significant" uplift is largely due to a reduced number of terraced home sales and a greater proportion of detached and semi-detached houses selling in recent months.

Over the last quarter, the average selling price for residential properties in Edinburgh, Lothians, Fife and Borders was £254,589 - a 1.5% increase on the same period last year.

Between July and September, the volume of sales in the region lifted by 6.3%, with volume in the capital rising by 4.8%.

The number of properties coming to market in the region increased at a slower rate, up by 1% since last year, with growth in Edinburgh city at just 0.1% over the same period.

The median time to sale in the region was 21 days - one day slower than the same period last year. In the city, the figure was also one day more at 19 days.

Over the last three months, the average Home Report valuation in the region achieved decreased by 1.5% to 103.2%.

Despite the overall downward trend of city flats achieving lower percentages of Home Report valuations, one-bedroom flats in Dalry, Gorgie, Slateford and Chesser still achieved the greatest percentage, at 107.8%, demonstrating that demand, while not as strong as previously, was still high.

Jamie Fraser-Davidson, a business analyst at ESPC, said: "While average selling prices continue to rise year-on-year, the 1.5% rise seen over the last three months is the slowest annual growth seen in recent years.

"Over the last 12 months, market conditions have experienced a different trend compared to the previous five years.

"It has been common to see the percentage above Home Report valuation achieved to cool slightly from September over the winter months, to a low in February/March before rising again over the summer months.

"This year has been the first in five years where the summer market hasn't seen a sharp rise in average Home Report valuation achieved.

"While demand for homes remains high, the competition among buyers may be waning.

"This apparent cooling of competition between buyers may be favourable for first-time buyers, as they have traditionally required large cash amounts to offer over Home Report value. First-time buyers may be better able to secure properties in a less-competitive market."

If you are looking to sell your property, Aberdein Considine can offer you the support of some of the most experienced property professionals in the country.

To book a free, no-obligation appraisal of your property, click here.