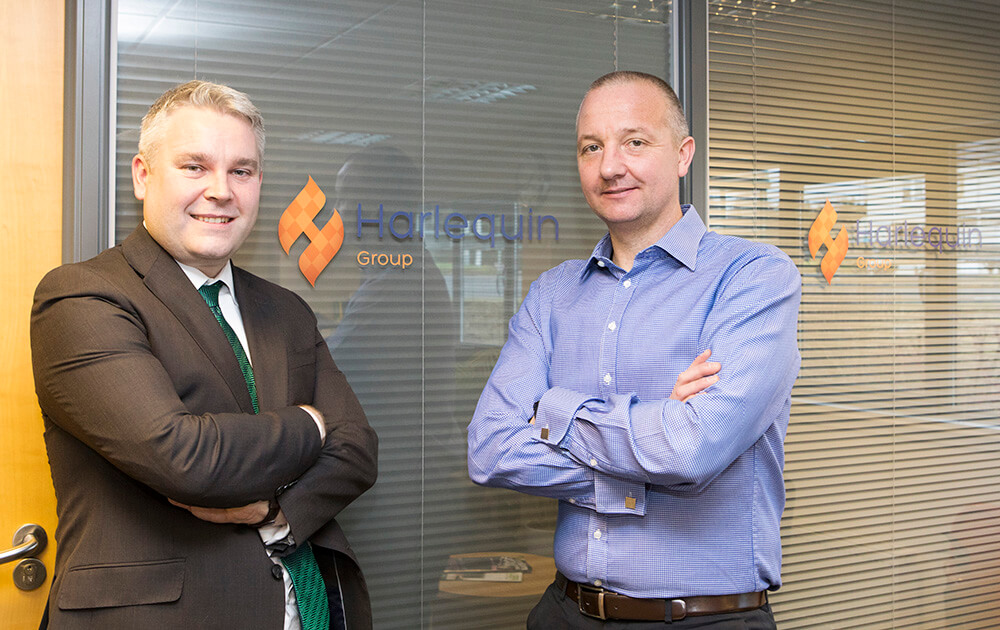 The Harlequin Group, a technical consultancy based in Livingston has made a significant investment as it looks to expand its growth in Scotland.

The firm, which was founded in 1993 and is headquartered in Kent, was set up to offer multi-site acquisition services to the telecoms industry, and after expanding into Scotland in 2002 it now counts Openreach, Everything Everywhere Limited, Nokia, Arqiva and HF Comms among its clients.

The company, whose operations in Scotland are led by Group Director Russell Frith, undertakes a range of consultancy services including site acquisition, town planning, surveying, estates management, structural and electrical design, site build and integration, and IT security services.

The firm originally opened in Glasgow in 2002 before subsequently launching an office in Edinburgh. These were eventually consolidated into one larger operation in Livingston in 2006.

The company has grown its staff numbers in Scotland from 2 to 18 and has now purchased its own premises as part of a wider £200,000 investment as it looks to enhance its presence in Scotland and explore further growth opportunities.

The firm has taken on three apprentices in the last two years under the Scottish Government’s scheme, two of which are already permanent, and is looking to create further jobs as the business expands.

With the success of the client growth in Scotland, Harlequin also offers operation capability in Northern Ireland with resource based in Belfast.

Commenting on the new investment Russell Frith, Group Director, Harlequin said: “This is a hugely critical step for us in our future growth and it was great to have a law firm behind us who are focused on and understand the needs of businesses. I’ve been here since we launched Harlequin in Scotland and the key to the progress we’ve made is very much down to our people.

We’ve always looked to recruit locally where possible and as we move forward we’ll continue to look close to home as new opportunities arise.”

David Orr, Associate, Commercial Real Estate, Aberdein Considine said: “Russell and his team have shown great vision and determination to build this successful business and it was a pleasure to help them to achieve the next stage in their development.

SMEs are critical to the future prosperity of Scotland’s economy and we will continue to focus on supporting the growth ambitions of businesses such as Harlequin.”

We act for clients across the complete spectrum of commercial real estate transactions, including acquisitions and dispositions, financing, development and leasing.

Click here to find out how we could help your business