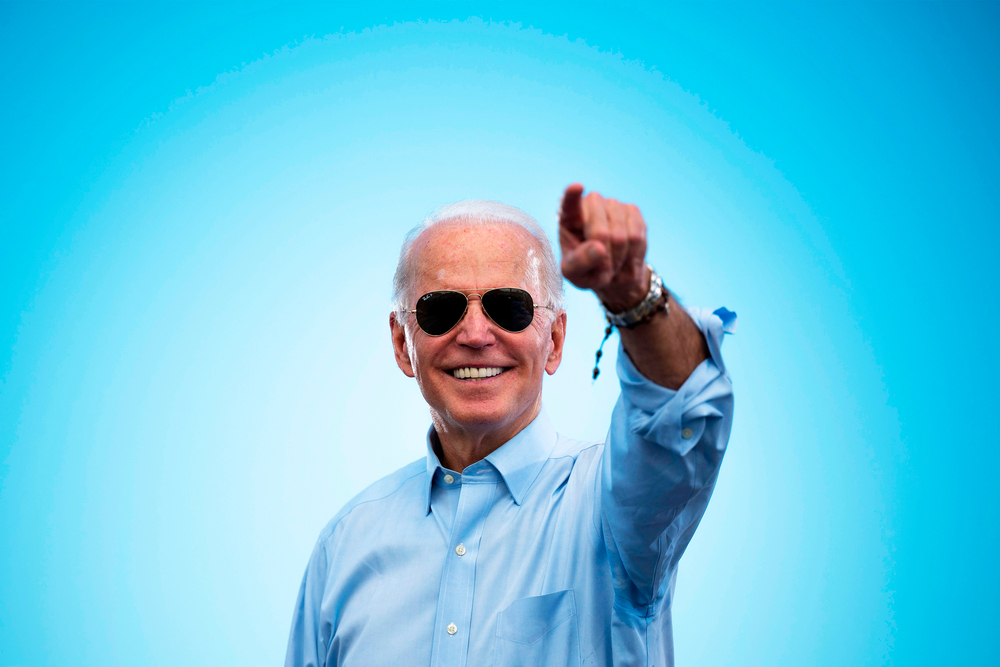 As Joe Biden takes the oath and becomes the 46th President of the United States of America, it’s a good time to assess what this new dawn could mean for investors.

Donald Trump’s four years in office were eventful, to say the least, but his economic policies made many investors in US stocks feel great again, to borrow the billionaire’s famous slogan.

Amid his chaotic departure from the White House, Trump’s impact on US markets has been overshadowed; but it is worth noting that the Dow Jones Industrial Average is 55% higher than it was when he took power in January 2017.

So far, the markets appear to have cautiously welcomed the transition of power, wary still of the complex inbox that awaits President Biden.

With more than 400,000 American lives lost so far to Covid-19, there is an immediate human crisis for 78-year-old to tackle.

His planned $1.9trillion rescue package for the economy and a ramped-up Covid vaccine roll-out will dominate the next few months, but what is the longer-term outlook for investors in US stocks?

Looking at his election pledges – and that of his Democrat colleagues – there are a few key issues to flag.

Many major US companies face a squeeze on their margins under President Biden’s tax plans.

One of the Trump Administration’s most successful economic policies was the cutting of the US corporate tax rate from 35% to 21%. Investors, traders, and CEOs all benefited, helping the Dow Jones make steady gains throughout the Trump era.

President Biden’s intends to increase the corporate tax rate to 28%. While this is still 7% lower than Barack Obama’s tax rate, it will trim margins at firms which were the biggest winners from the Trump tax cut, namely AT&T, Hilton Worldwide and General Motors.

Technology stocks have been soaring over the past 12 months, resulting in Apple becoming America’s first $2trillion company.

However, this sector could face significant headwinds. Democrats like Elizabeth Warren have vowed to do everything in their power to break up Amazon, Google and Facebook via anti-trust regulations; a move that could see millions of dollars of value wiped in an instant for these companies.

It's unclear how far President Biden will be willing to go in terms of antitrust enforcement and reforms. He has said on-the-record that it's too early to talk about breaking up companies and instead has leaned toward regulation as a way to curb their power.

Still, it's clear that the US government has put big tech under the microscope as it tackles the spread of extremist views and false news.

President Biden’s plans to tackle climate change is one of the big areas for investors to watch.

He has pledged to re-join the Paris Agreement, the international plan for tackling climate change, and also has plans for the U.S. to reach net-zero carbon emissions by 2050.

It is therefore highly likely that we will see increased infrastructure spending around this environmental refocus would benefit industries such as wind, solar, batteries and electric vehicles.

The President plans to roll-out an enormous rescue package, with stimulus cheques of $1,400 for most Americans, which should aid consumer-focused stocks reliant on discretionary spending. There remains a risk though that with such an uncertain economic outlook, rather than splash the cash, recipients will hang onto it, limiting the overall boost to an economy which is so reliant on consumer spending.

The rescue package dedicates $121billion to ramping the reaction to Covid, which is likely to benefit not just pharmaceutical firms behind the vaccines, but also health care providers responsible for implementing the coronavirus plan. These are also stocks to watch, if only in the short-term.

Aberdein Considine is one of Scotland’s largest providers of independent financial advice. If you would like to speak to us about your investments, click here to get in touch.