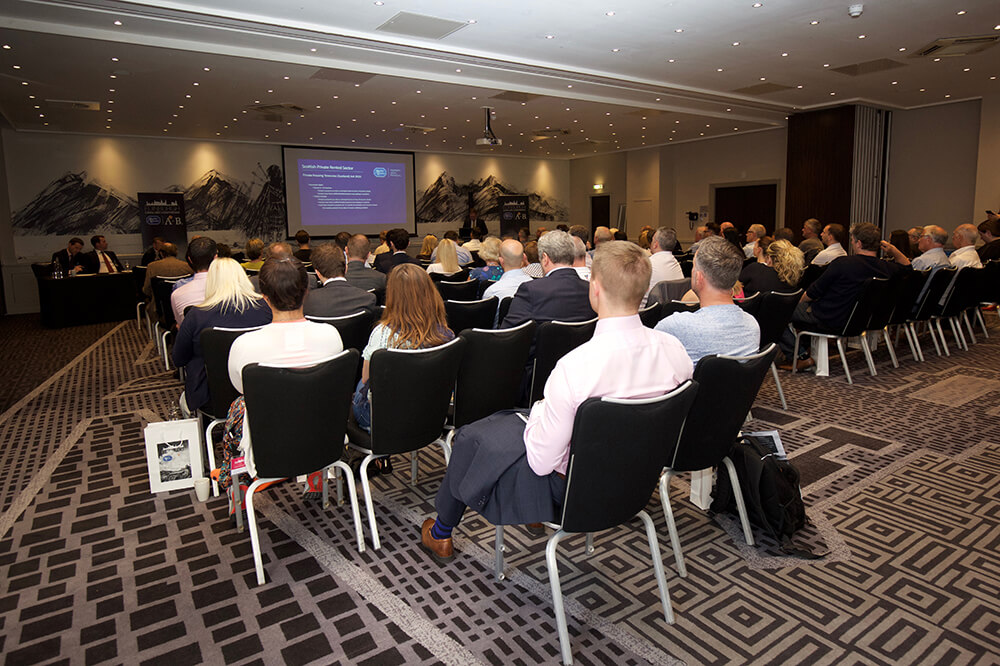 Nearly 100 people attended a special conference yesterday at the Radisson Blu in Edinburgh to help landlords deal with the biggest shake-up of Scotland's letting industry in 30 years has increased the places on offer after a spike in demand.

Tax experts from Anderson Anderson Brown LLP and letting industry specialists from Aberdein Considine hosted the free event to help those with multiple properties deal with a raft of recent tax and legislation which have caused a seismic shift in the sector.

Initially around 50 landlords were expected to attend the event however the number places available had to be doubled to accommodate the surge in demand.

Research published by Aberdein Considine shows that almost two-thirds of homeowners have put off investing in a second home due to the 3% additional levy introduced by the Scottish Government in 2016.

The additional tax – together with the staged withdrawal of relief on mortgage payments by the UK government – is having a detrimental impact on the Scottish property market, with sales down in more than half of the country.

Adrian Sangster, National Lettings Director at Aberdein Considine, said: “We were delighted by the numbers who attended and I think it just demonstrated both the of the sector and the demand for expert information. We have certainly seen a reduction in the number of landlords in recent months and ultimately, with demand rising, it means rents will also rise.

We’ve received a huge amount of positive feedback on the event so far and this will be extremely useful in helping to design future events.”

The Edinburgh Landlord Conference gave landlords the chance to learn about the changes directly from the experts and offer them helpful advice on what they can do to mitigate the impact.

Aside from the additional tax, the biggest change to hit landlords in recent years is The Private Housing (Tenancies) (Scotland) Act 2016, which has introduced the Scottish Private Residential Tenancy, the new form of private tenancy for Scotland.

Under the new regime, tenancies have no minimum period and will continue indefinitely unless the tenant wants to leave or the landlord terminates using a prescribed ground for eviction.

The ‘no fault’ ground of termination under Short Assured Tenancies (SAT) has been removed from landlords.

The relief being removed by Westminster allowed higher-rate taxpayers to offset their buy-to-let mortgage interest payments against their tax bills.

Allan Gardner, Financial Services Director, Aberdein Considine added: “Rising costs have definitely had a detrimental impact on the number of landlords coming into the market, much of which can be attributed to the increased tax burden, making it a far less attractive proposition.”