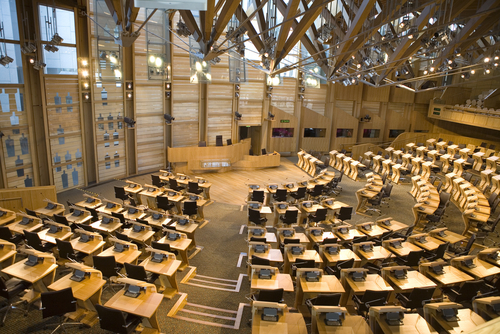 MSPs have backed a new tax which will in most cases add thousands of pounds to the cost of buying a second home in Scotland.

The Scottish Parliament's Finance Committee has rubber stamped amendments to the SNP's Land and Buildings Transactions Tax (LBTT) which will introduce a 3% tax on buy-to-let properties or second homes worth over £40,000 from 1st April.

In agreeing to the general principles of the legislation, the committee emphasised the need to balance the interests of first time buyers with the needs of those who rent their homes and with the interests of house builders and investors, to protect the supply of new homes.

However, the committee also raised concerns and has called for the introduction of a relief on bulk purchases of six properties or more.

They also want a grace period to allow time for a previous property to be sold.

Rules could cause affordable home shortages

The committee noted concerns about the potential impact on the private rental sector through a reduction in the number of homes available for rent and higher rental costs.

The report recommends that it is essential that the Scottish Government closely monitors the impact of the supplement on rent levels especially in areas where rents are already high.

Kenneth Gibson MSP, Convener of the Finance Committee, said: “Whilst the committee is supportive of the aim to support first time buyers entry into the property market, there are a number of areas that we wish to see addressed as the (legislation) progresses through Parliament.

“The committee heard concerns, for instance, about the impact on people who rent, whether through choice or necessity. The Royal Institute of Chartered Surveyors has suggested that the supplement could lead to a rise in rents as additional costs are passed on to tenants. We feel that the support given to first time buyers must not be at the expense of those people who rent their homes.”

The Land and Buildings Transaction Tax (LBTT) replaced Stamp Duty in Scotland under the Scotland Act 2012 powers, and came into effect on 1st April 2015.

The Scottish Government announced its intention to introduce a 3% supplement on LBTT as part of its draft budget for 2016-17, following a similar announcement by the UK Government in its Autumn Statement on 25th November 2015.

The LBTT (Amendment) (Scotland) Bill was introduced by the Scottish Government on 27 January 2016 and it is intended to come into effect on 1 April 2016.

Aberdein Considine offers a full service to landlords, from mortgages through to leasing and property management. If you would like to speak to one of our leasing experts, call 0333 0066 333 or click here.