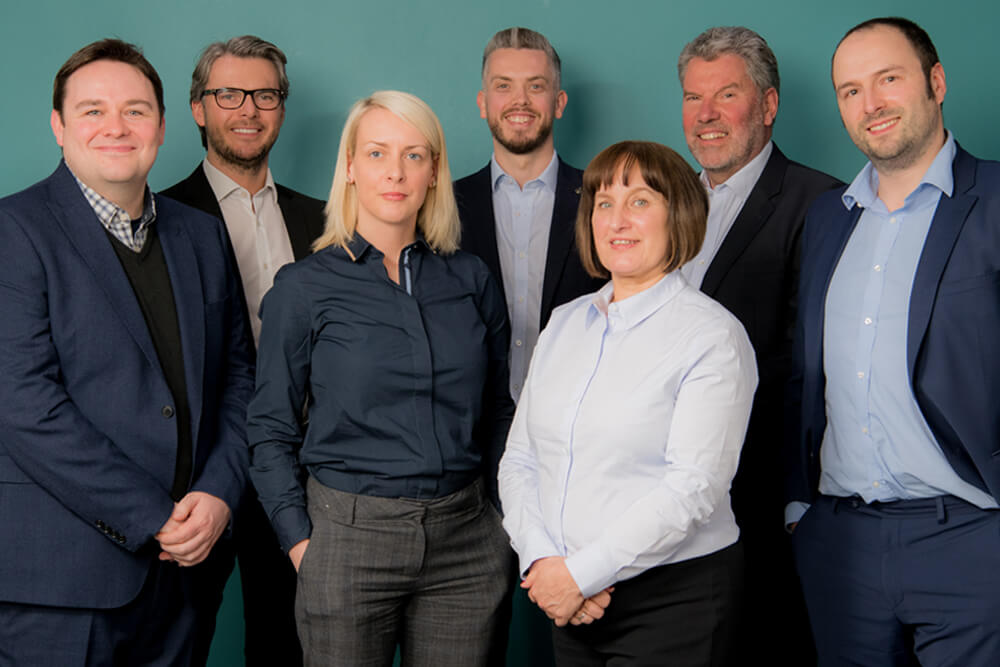 And just like that, the days are starting to get longer, and dare we say it, the weather is starting to improve. This can only mean one thing – it is time for Aberdein Considine’s Lender Services Spring Bulletin of 2019.

For those of you that are new to our bulletins, our aim is to provide all our lender clients with an insight into the changes in our team in general, along with an update on some of the key legal developments since our last newsletter, both in Scotland and South of the border.

Our Lender Services Practice Group (LSPG) continues to provide advice in relation to secured mortgage repossessions, consumer debt recovery, personal and corporate insolvency, business and commercial debt and asset recovery, and professional negligence investigations and recovery. In addition to this, we can assist in relation to regulatory matters.

It has been an exciting few months in our team since our Winter Bulletin in 2018. It has been a very busy few months for our team, and our LSPG has enjoyed a period of significant growth throughout the last 12 months. The continued growth allows our team to continue to provide the best advice and service to all of our clients.

In addition to the continued growth, our team is also receiving external recognition with our LSPG Governance, Risk and Compliance team being nomination in the Law Practice Management Award category in the Northern Law Awards 2019 The Northern Law Awards is the law event for all those practicing and working in the legal industry in the North of England and it celebrates the wealth of legal talent and success within the region. These awards are highly prestigious and this nomination is a fantastic achievement by the team and a testament to the hard work and professionalism of everyone involved.

And what he hope is the start of a ‘winning streak’, on 17 March five team members from the Newcastle office attended a local quiz hosted by Hay & Kilner and Tait Walker in aid of The Sunshine Fund and Tiny Lives charities. Out of seventeen teams of the brightest lawyers, accountants and professionals in the North East we are pleased to say team Abacus Constantine placed first! Now we say that is a sign of things to come…

Claims Management Companies (CMC’s) are on course to face a new regulatory regime in 2019 which could reduce cost for both lenders and consumers.

Under the current system CMCs in England and Wales are regulated by the Claims Management Regulator, with Scottish Claims Management Companies remaining unregulated. The new system will now mean regulatory control is extended to Scottish firms after concerns had been raised that if they were not included, it could prove an incentive for CMCs to simply operate out of Scotland.

Our article below explains the changes following the transfer of regulation to the Financial Conduct Authority from the existing Claims Management Regulator as part of the Financial Guidance and Claims Act 2018.

The FCA recently published a thematic review (TR18/5) on how mortgage lenders manage customers with long term mortgage arrears and provide forbearance to them.

The review itself is not unexpected, but it will now be incumbent on all lenders to take notice of the findings and ensure that they are developing the appropriate policies, and executing them in the correct way.

Adhering to the key principals could help manage a range of risks – financial, reputation and compliance.

Historically, court fees were considered on a three year cycle. In 2016, the Scottish Government departed from that pattern by implementing an annual increase to help achieve full cost recovery for the civil justice system, with the aim of making Scottish courts entirely self-sufficient. By doing so, the Scottish Government also aims to promote responsible litigation by placing some incentive on claimants to consider the merits of alternative methods of dispute resolution or extra judicial settlements.

The Sheriff Court Fees Order 2018 makes provision for a 2.3% increase of court fees, payable from 1st April 2019. Whilst the fee increases are not extremely large, the Order provides for a further 2% inflation in 2020.

Please look at the bulletin link below which details the increase in the fees to be lodged in the ordinary course of our recoveries business.

The latest report from the Financial Ombudsman Service (FOS) shows that between October and December 2018 it received around 3,300 enquires about house mortgages.

There were over 2,600 new complaints, with 467 being passed to the ombudsman for a final decision. 27% of those cases were upheld.

Overall, Payment Protection Insurance continues to be the most complained about financial product, with 40,855 new complaints making up nearly 44% of all complaints received.

More generally, in complaints resolved by FOS in 2018 the top three issues were:

Lenders can minimise or avoid complaints being referred by:

Lender criticised for re-entering property without a court order (England)

Lenders may repossess mortgaged property by obtaining a court order or relying on their common law right to take possession ‘peaceably’ without a court order. What happens when a mortgagee fails to take possession by one method and so looks to the other? The recent case of Goldhill Finance Company Limited v Berry, Central London County Court, 26 October 2018 provides guidance.

Ms Berry obtained a loan from the finance company, which was secured against a flat she owned. When Ms Berry defaulted on her payments the lender started possession proceedings. They obtained a possession order and subsequently applied for a warrant of possession. The borrower applied for a stay of the warrant on the basis contracts had been exchanged for a sale of the property, with completion taking place in four weeks. The Judge granted the application and made an order staying the warrant for four weeks.

The mortgagee subsequently ascertained that the flat – which had been occupied by tenants – was empty and decided to take possession, apparently under its common-law right to peaceably re-enter empty property.

In a counterclaim the borrower alleged an unfair relationship between the parties due to the way in which the lender took possession. The Judge agreed:

“it cannot be right… for a mortgagee to be able to say ‘whatever the court order says, I do not agree with it and therefore I’m going to exercise my common law right, ignoring the effect of the order and take possession in any event”…

The situation is different if a mortgagee tries to take possession without a court order but finds it cannot do so. In those circumstances it could then proceed through the courts.

However, once a mortgagee has started a court claim for possession and an order suspending the warrant is made, it is no longer open to the mortgagee to exercise its common-law right to take possession.

The court has wide powers where it finds the relationship between creditor and debtor to be unfair. These include varying the agreement, cancelling or reducing interest or even discharging the debt. Mortgagees should be very careful when exercising their common-law right to take possession.

The claimants Mr and Mrs Mason, both in their sixties, set up a property development company and bought a plot of land. Shortly afterwards and with the assistance of a broker Mr Balm, they entered into a regulated mortgage contract with Godiva. The loan was offered on an interest-only basis for a 5 year term, and was secured against the Masons’ home.

The online application was completed by Mr Balm, who gave an income figure of £100,000 each for Mr and Mrs Mason, telling them that they would in the future earn the amount stated from the property development company. Mr Mason told his broker that the figure was false and asked for it to be removed; Mr Balm said he would but failed to do so.

The Masons kept up with their interest payments but the property company failed so they could not repay the capital at the end of the term.

The Masons claimed Godiva should not have offered them the mortgage. It should have known the income figure was implausible and that the mortgage was therefore unaffordable. They sought damages for breach of duty of care, alleging the lender had breached MCOB.

The Court found no duty on the bank to consider or advise on the prudence of the lending for the customers. Godiva did not offer any advice, made it clear in the mortgage offer that it was not doing so, and the Masons confirmed in writing they had not received any advice from the bank. In those circumstances no duty of care arose, implied or otherwise. The responsibility lay with the broker and his company, but no claim was brought against Mr Balm or his firm.

The bank did owe certain duties under MCOB, but having regard to the relevant provisions about self-certification and responsible lending, they were entitled to rely on the information provided the by broker and had complied with their MCOB obligations.

Lenders should be aware that a duty to exercise care and skill may arise if they offer advice to their borrowers on the suitability of the mortgage. It is also important to have systems in place to demonstrate that broker-submitted applications are not just ‘waved through’ but given due care and consideration.

Mortgage possession proceedings: when is a court order final?

In 2010 Accord obtained a suspended possession order and money judgment against Mr Azhar after he defaulted on his mortgage.

In 2012 Accord enforced the possession order, though in January 2013 the borrower managed to redeem the loan in full and the lender handed the property back to him.

In 2018 Mr Azhar commenced a claim against Accord for breach of contract and statutory duty, alleging he had been overcharged interest, fees and charges on the mortgage account in the sum of £17.5k. The lender defended the claim on the basis the issues in dispute had already been decided. The borrower had acknowledged the debt in the possession claim, paid it, and did not appeal.

The money judgment obtained in 2010 was the final decision of the court and it was not open to the borrower to try and re-litigate an issue which has already been determined.

Lenders can take comfort from the fact that the Court was reluctant to allow a situation in which thousands of judgments in mortgage possession cases could potentially be challenged.