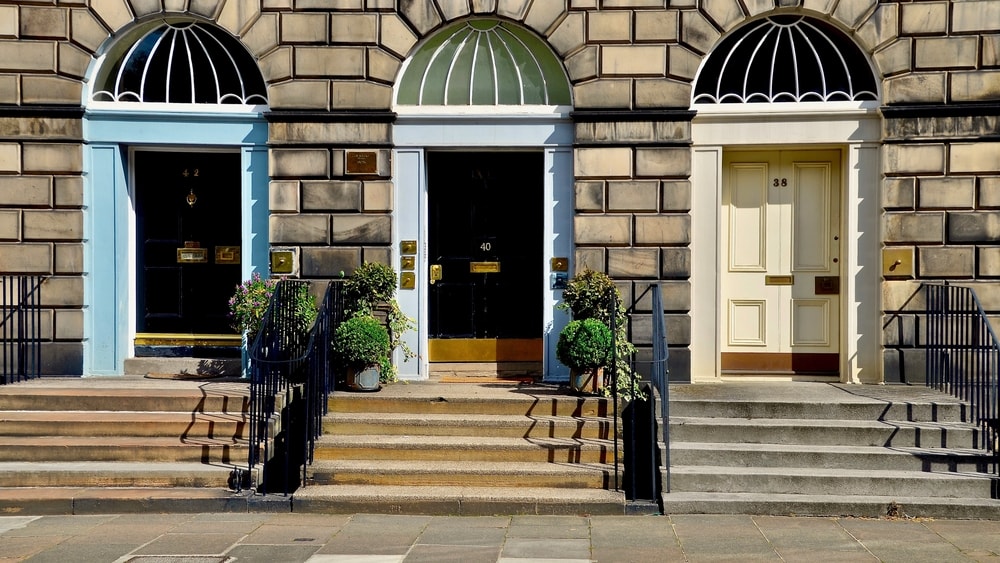 Edinburgh has recorded more sales of million-pound houses than the rest of Scotland put together.

The city saw 31 homes in this price bracket changing hands in the first half of this year, while other parts of the country notched up 22.

However, the Scottish total of 53 was down by more than a third on the same period of 2016, when 81 sales were achieved.

The figures have just been released by the Bank of Scotland.

The bank says there has been a continuing decline in prime property sales north of the border, with 120 changing hands in the same half-year period in Scotland in 2015.

The fall in sales is in distinct contrast to the rest of Britain, which has only seen an overall drop of 1% compared to Scotland’s 35% decrease which is the largest in the UK.

Only  five out of the 12 local authority districts studied in Scotland saw an increase in sales of million-pound homes during the first half of this year, compared to the same period in 2016.

Other areas with modest increases include Perth and Kinross (two sales), Dundee City (one), Highland (one) and Midlothian (one).

Glasgow had four sales, the same as the first half of 2016, while Edinburgh's total of 31 was down 19 year-on-year.

Aberdeen had one sale, down from two a year previously, while Stirling fell from four to one.

Donald Gateley, the bank's head of private banking – Scotland, said: “Whilst sales of million-pound properties across Britain have experienced a small dip, this has been more acute in Scotland due to fewer homes in this category.

“There are a number of factors at play here, with uncertainty in the market, interest rates and economic stability all having a bearing on people’s appetite to buy and sell high-end properties.

"With the Office for Budget Responsibility revising down forecasts for house prices and housing transactions, we expect this slowing to continue in Scotland into the new year."