Money (not cheating) named as biggest strain on relationships 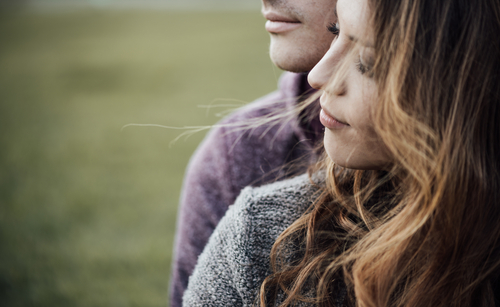 Money worries have overtaken affairs as the biggest strain on modern relationships, according to a new study.

More than half of the people (55%) asked by relationship charity Relate put money worries in their top three.

And 53% of those in a couple relationship said financial matters are one of the top issues about which they were most likely to have differing opinions with their partner.

Problems can arise when it comes to money if husband and wife have different value bases, for instance, if one person likes spending money freely and the other is more frugal and prefers saving.

However, different age groups rank strains differently. In the survey, 39% of people aged 16–24 said disagreements about the future of the relationship are a top source of strain, compared to just 13% across other age groups, perhaps reflecting the earlier stage their relationships are likely to be in.

This younger age group was also more likely to say that working long hours or a lack of work-life balance is a top strain on relationships (48%) than those in other age groups (41%).

Those aged 25–44 were more likely to rank household chores as a top strain on relationships (14% compared to 6% across other age groups), perhaps reflecting the fact that this age group is more likely to have young children, and to be running a home and family life.

"Relationships can breakdown for a number of reasons and this is highlighted by this study, she said.

"We understand the stresses and strains that modern day living can have on relationships.

"Regardless of the cause of the relationship breakdown, getting expert legal advice as early as possible is essential.”

Aberdein Considine has a team of Family Lawyers spread throughout Scotland. If you would like to speak to Isabelle or one of her colleagues, call 0333 0044 333 or click here.