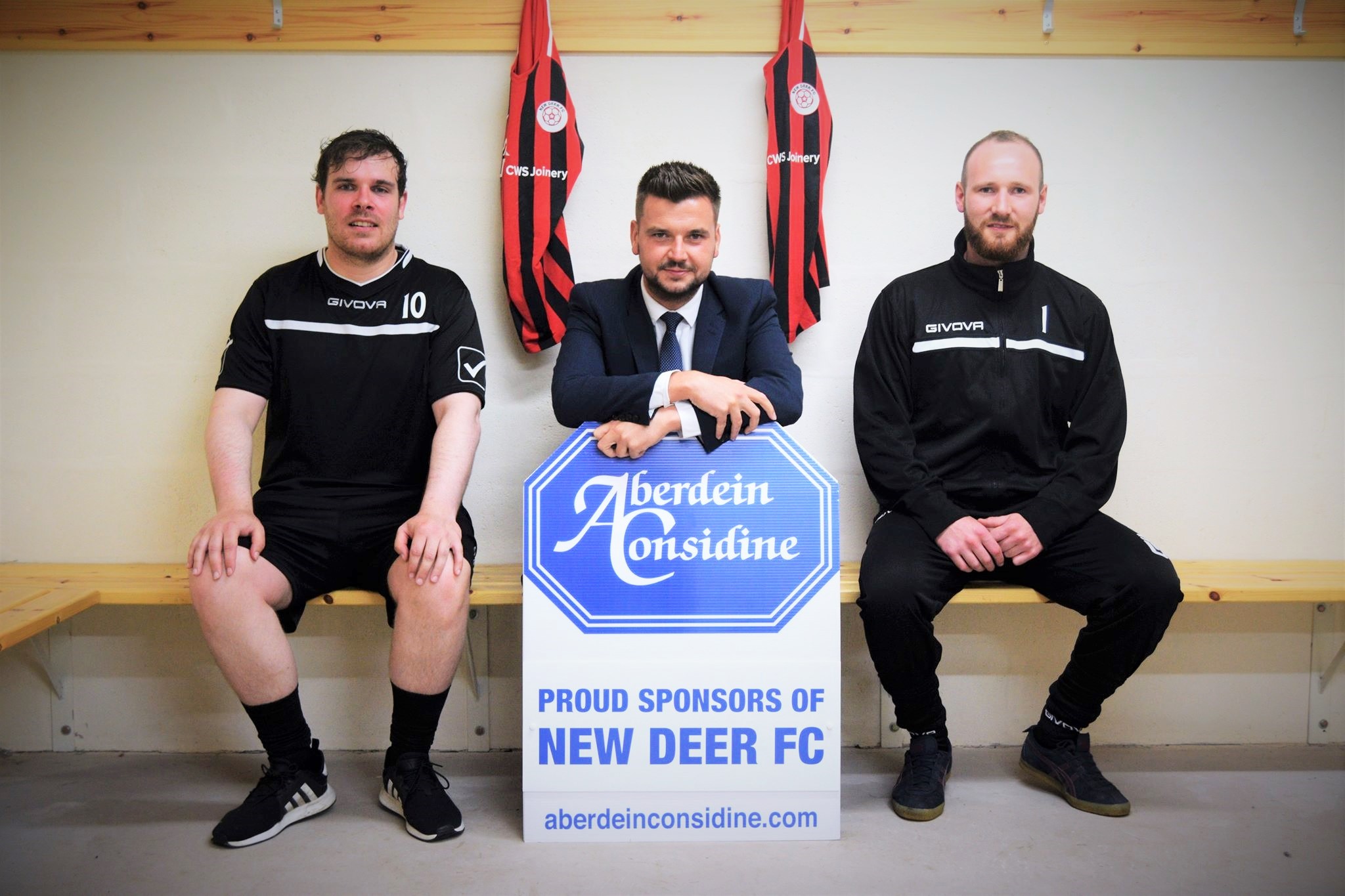 An Aberdeenshire football club will be stepping out in style this season after a community donation from Aberdein Considine.

New Deer FC – which competes in the North-East Scotland Football Association Welfare League – has received new training gear and tracksuits courtesy of the legal firm, which serves Buchan communities from offices in Ellon and Peterhead.

Aberdein Considine director Ryan Crighton, pictured centre alongside Nick Shewan and club captain Richard Sanders, said the firm was delighted to support the “tremendous community effort” that goes into fielding the team and running facilities at the village’s Pleasure Park.

“For us, being a part of the communities we trade in is just as important as having an office there,” he said.

“The running of New Deer FC is a real community effort – from the committee, through to the management and players, it’s in the blood of the village.

“We value our partnerships with clubs like this and hope we can contribute, even in a small way, to the future success of the team.” 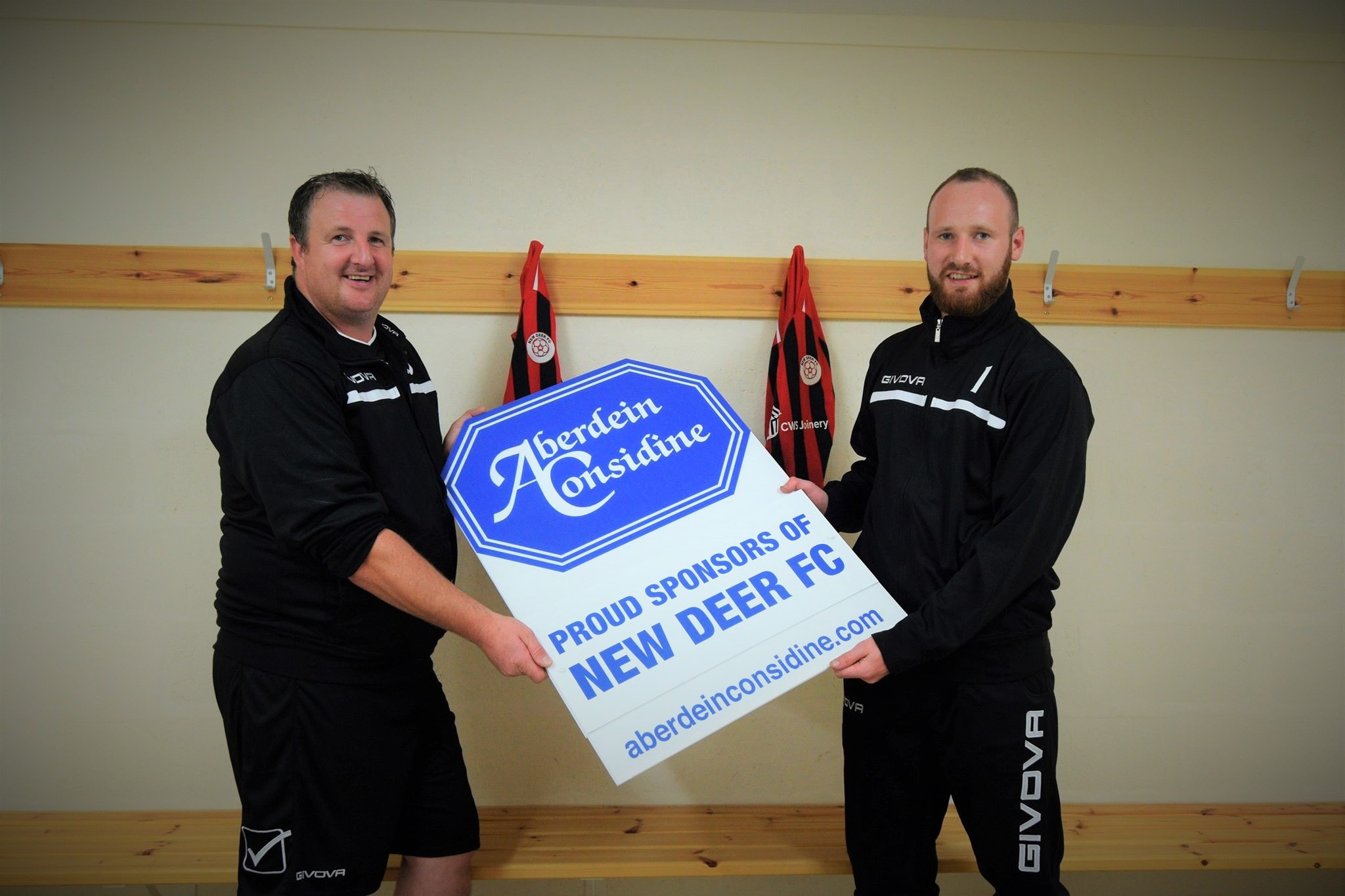 He said: “Aberdein Considine is a national business the north-east can be proud of – it has never forgotten its roots here and supports many local clubs and causes.

“This financial contribution will make a big difference to what we are trying to achieve at New Deer – which is to create a thriving club which brings people in the village together.”

Aberdein Considine – which now has 20 offices throughout Scotland and the north of England – has committed several thousand pounds to community sports clubs across the country.

In recent years, the firm has also been the main shirt sponsor of Culter JFC and Bridge of Don Thistle FC, as well as Shinty champions Newtonmore and the sport’s Sutherland Cup competition.

Click here to read more about its charity work. 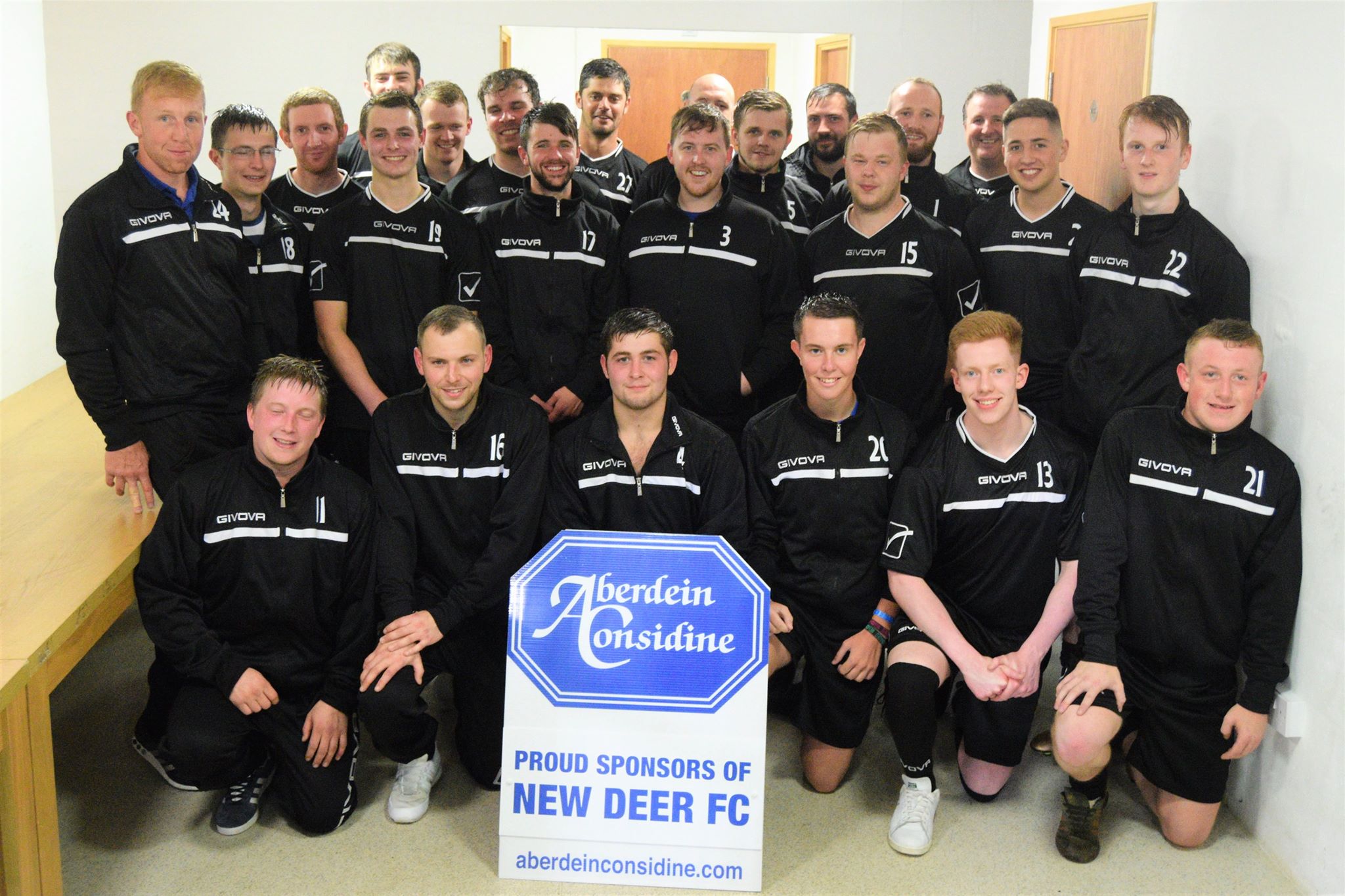