All you need to know about Scotland's new income tax 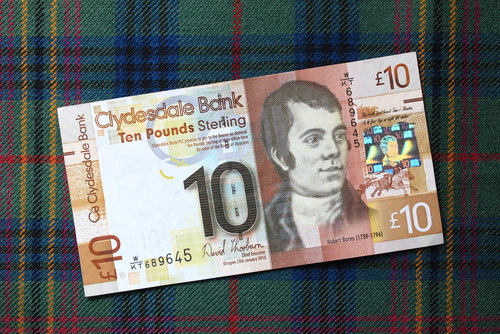 If you work in Scotland, there will be a significant change in the way you are taxed from next month.

The new Scottish Rate of Income Tax (SRIT) will come into force from 6 April.

The Scottish Parliament has already agreed that Scottish taxpayers will not pay an increased amount of income tax next year.

SRIT has been set at 10p, which means the tax paid by Scottish residents in 2016/17 will be the same as those taxpayers in the rest of the UK.

Here's everything you need to know about the new tax.

What is the Scottish rate of income tax (SRIT)?

From 6 April 2016, the Scottish Parliament has the power to set the rate for part of the income tax you will pay if you are a Scottish taxpayer. This amount will continue to be collected by HMRC which will then be paid over to the Scottish Government.

This is a change from the current system, where all income tax is set by, and paid to, the UK Government to fund spending across the UK.

Who does it apply to?

The Scottish Rate of Income Tax applies to you if you are a UK taxpayer and your main residence is in Scotland.

If you pay income tax by PAYE your income tax will continue to be collected by HM Revenue and Customs (HMRC) in the same way as it is now from your pay or pension.

If you are a Scottish taxpayer, your tax code should be prefixed by an ‘S’ from the tax year 2016/17.

How does it work?

From April 2016, all UK rates of income tax will be reduced by 10p for Scottish taxpayers and in its place the Scottish Parliament will set a Scottish Rate of Income Tax.

Receipts from SRIT will be collected by HMRC and paid to the Scottish Government.

The Scottish Government does not have the power in 2016/17 to vary the Scottish Rate of Income Tax by band. It can only be applied equally to all tax bands, which means that any change to the rate would affect all basic, higher and additional taxpayers.

Does this mean I’ll need to pay more tax?

Setting a 10p rate means that there is no change to the overall tax rates paid by Scottish taxpayers.

Therefore, Scottish taxpayers will continue to pay the same amount of income tax as taxpayers in the rest of the UK in 2016/17.

You will find more information on the rate at www.gov.scot/incometax.

Will it rise in future years?

As with current UK-wide income tax arrangements, the Scottish rate of income tax will be set annually.

Why can’t the rate of income tax be varied by tax band?

The Scotland Act 2012 set out that one rate of SRIT would be applied equally to all tax bands. Subsequently the income tax powers offered to the Welsh Government have removed this “lockstep” inflexibility.

The new Scotland Bill, which is currently before the Westminster Parliament, proposes to give the Scottish Parliament the power to vary tax rates across different bands and to set the thresholds for these bands.

Aberdein Considine has one of Scotland's largest networks of independent financial advisers, with 17 offices across Scotland including the cities of Aberdeen, Edinburgh, Glasgow, Perth and Stirling.

To speak to one of our advisers about personal financial planning, pensions or mortgages, call 0333 0044 333 or click here.