Oil slump and the Aberdeen property market: Fact vs Fiction 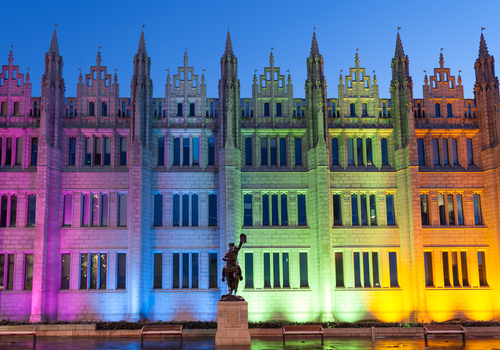 The collapse in oil prices has led to a number of questions about the Aberdeen property market. Are prices falling? Are properties selling? Will the oil price ever bounce back?

There is a lot of speculation - but what are the facts and what is fiction?

Aberdein Considine's property experts have been examining the Aberdeen market closely since the price of Brent Crude began to slide. It is correct that volume of sales and average prices have fallen - but the drop so far is not significant when taken in context.

Here is their answer to some of the key questions. All of the statistics quoted are from the Registers of Scotland, the Scottish Government department responsible for compiling property records.

'Properties in Aberdeen are not selling' - FICTION

The number of properties being sold in Aberdeen has fallen when compared with last year - from 1,447 registered sales between October and December 2014 to 1,274 in the most recent quarter.

However, the most recent figures are being benchmarked against what was a hugely buoyant year for the Aberdeen property market.

Since the introduction of the Land and Buildings Transaction Tax (LBTT), buying a home worth more than £300,000 has become more expensive due to additional tax.

This has had an impact across the country at the top end of the market. Also, in Aberdeen there are fewer buyers searching for homes at this end of the market compared with recent years, making buyers more difficult to find.

But where homes are priced competitively, they are still selling.

Over the last decade, the price of a home in the city has risen by nearly £10,000 a year on average.

'Now is a good time to buy in Aberdeen' - FACT

Prices are competitive and there isn't the same level of competition for each property as there was last year or in 2014.

Mortgage lending is good and there are also a number of incentives for first-time buyer.

The oil price won't come back up - FICTION

Nobody can accurately predict oil prices - but there are similarities between what is currently happening and what happened in 1986 and 1999, when oil prices plummeted significantly.

Like the current crisis, both were caused by either a sudden increase in oil supply from Saudi Arabia or a sudden drop in demand from Asia.

Richard Dunbar, a senior investment strategist at Aberdeen Asset Management, said in a recent blog (click here to read it) that what is happening in oil markets is nothing new.

"There is virtually nothing that we are seeing today that we have not seen in a similar form over the past 25 years," he said.

"It is not 'different this time' - in fact, it is the same. We will see growth in Asia once again, we will see supply restraint from producers once again and there will be renewed turmoil in the Middle East.

"When will all these things come to pass? I do not know. But come to pass they will – and the oil price will react accordingly. As it has always done."

Aberdein Considine has been buying and selling homes for clients since 1981. If you would like to speak to one of our experts about your property, then call 0333 0066 333 or click here.