The house paint job that ended in a legal battle 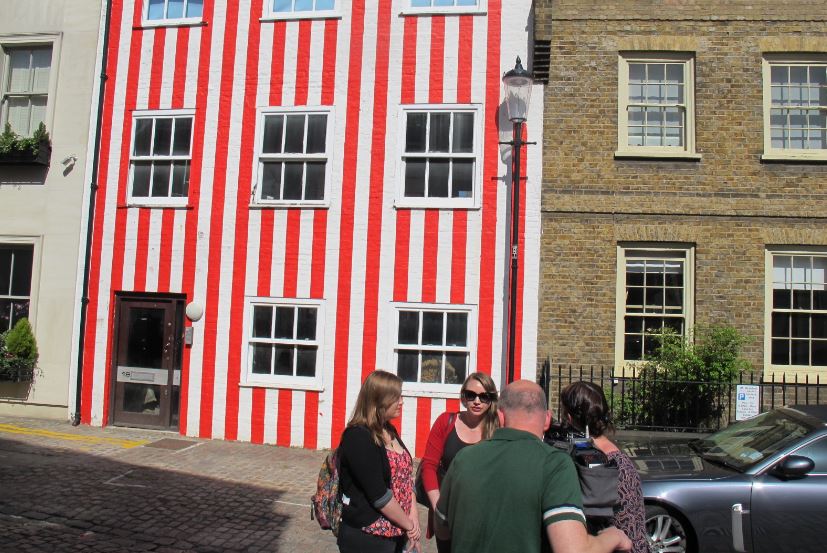 One of the most colourful houses in the UK can keep its controversial stripey look.

A property developer who painted her Kensington townhouse in London with red and white stripes has won a court battle with the local council over its appearance.

Zipporah Lisle-Mainwaring decorated the exterior of the three-storey terraced building in South End in 2015.

The 71-year-old has denied that the candy stripes were painted to spite neighbours who objected to her plans to demolish the property and replace it with a new home.

The Royal Borough of Kensington and Chelsea served her with a notice under the Town and Country Planning Act 1990 to repaint the front of the house white.

It said the notice was being served "because it appears to the council that the amenity of a part of their area is adversely affected by the condition of the land".

The notice added: "The condition and appearance of the property, particularly the red and white painted stripes on the front elevation, is incongruous with the streetscape of South End and the local area."

Ms Lisle-Mainwaring launched judicial review action at the High Court in London, after failed appeals to magistrates and Isleworth Crown Court last year over the requirement to repaint the property.

A judge has now ruled in her favour and quashed the notice.

Mr Justice Gilbart, who said the painting of the house had been "entirely lawful", posed the question: "Is it proper to use a section 215 notice where the complaint is not lack of maintenance or repair, but of aesthetics?"

He ruled: "In my judgment, to allow a local planning authority to use section 215 to deal with questions of aesthetics, as opposed to disrepair or dilapidation, falls outside the intention and spirit of the planning code."

Our litigation department is one of the largest in Scotland and contains highly-skilled litigators with a diverse spread of knowledge, experience and expertise.