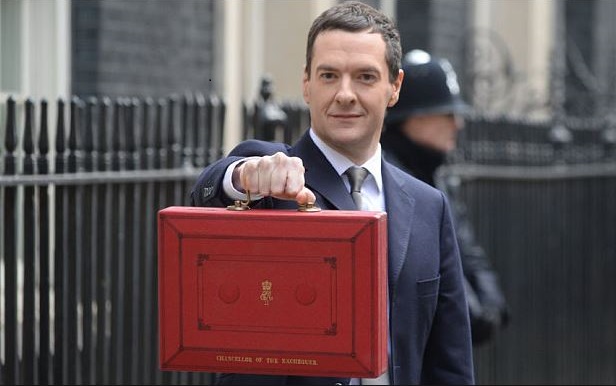 George Osborne's cap on pensions is costing savers £70million a year, according to papers revealed under Freedom of Information laws.

When the Chancellor came into office in 2009, people paid £25million in tax on their pensions for breaching the lifetime allowance, which is the total sum which can be held in a pension before tax of up to 55% is levied.

However, since then, he has cut the threshold three times in five years, from £1.8million down to £1.25million and now. It will drop again to £1million from April.

The consequence of this has been a quadrupling of the tax paid by savers, which reached £94.2million in 2014-15, according to figures released to the Sunday Times.

The Treasury's own figures estimate that it will make more than £2billion over the next five years from the reduction.

However, experts warn the levy is hitting the financially prudent, not just the wealthy. For example, a 40-year-old woman who has a pension pot worth £465,000 would be caught by the lifetime allowance by the time she is 65, even if she does not pay a penny more into it. This assumes her fund increases by 5% a year and the lifetime allowance increases with inflation.

And more changes to pension rules are expected when the Chancellor delivers his Budget on March 16.

“Under the current regime those making personal contributions in to a pension plan receive tax relief on payments in at their marginal rate of income tax (20%, 40%, or 45%) – this is what makes it such an tax efficient way to save, especially for higher rate taxpayers.

“However, Mr Osborne appears to be considering the introduction of a flat rate of tax relief – rumored to be between 25% and 33%. Basic rate taxpayers would likely be slightly better off, but those currently receiving relief at 40/45% face being penalised.

“Therefore, now is a good time to seek financial advice about what is the best course of action for your personal circumstances.”

Aberdein Consindine has a network of Independent Financial Advisers throughout Scotland, including the cities if Aberdeen, Edinburgh, Glasgow, Perth and Stirling.