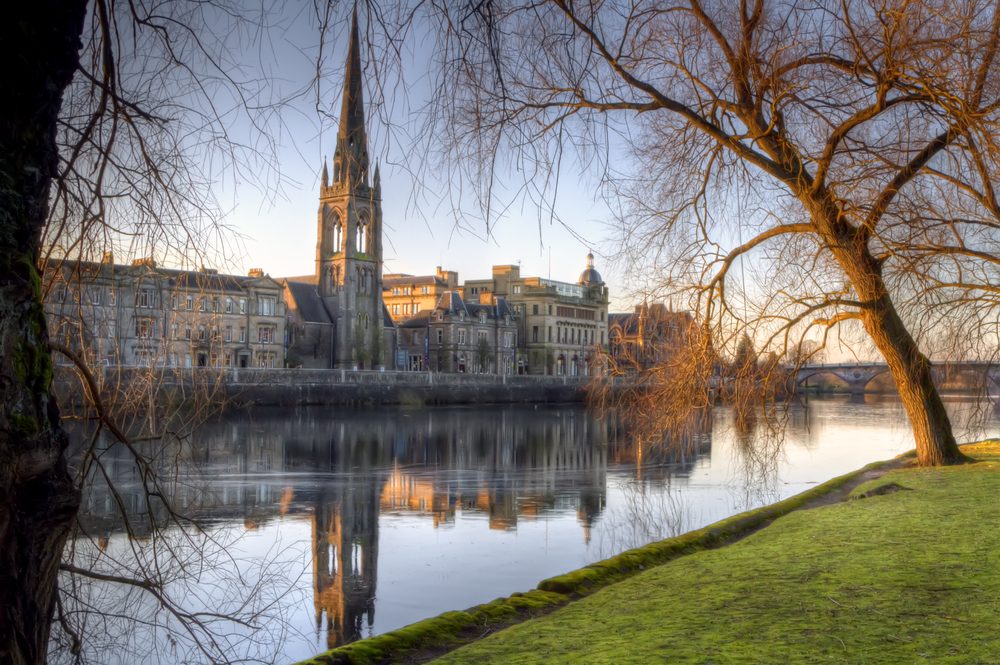 Perth’s high profile bid for the City of Culture crown has sparked a property boom.

Optimism about Perth’s UK City of Culture bid has helped house sales soar by more than 40% despite fears about the impact Brexit would have on the UK property market.

Aberdein Considine – which has 19 offices across Scotland and England, including Perth’s High Street – has experienced a six-fold increase in requests for viewing over the summer.

There had been fears the surprise decision to exit the European Union would wipe out what was strong demand for property in the city and its surrounding rural areas.

However, James McKay, Aberdein Considine’s manager in Perth, says the vote has had the complete opposite effect and that many buyers are being “swamped” with demand from buyer keen to tie up deals while mortgage interest rates remain at record low levels.

He also believes that demand has spiked since the Fair City was named the bookies’ favourite to win the 2021 UK City of Culture.

“There was uncertainty in the minds of both buyers and sellers regarding the Brexit vote – but the sales activity that we have experienced over the summer certainly dispelled the myth that Brexit would destroy the Perthshire property market,” he said.

“Compared to other areas of Scotland, we have a good mix of relatively attractive asking prices combined with record low interest rates making this an ideal time to buy a home in Perthshire.

“These figures clearly show a demand and interest from buyers for all parts of the Perth and Perthshire market, and I have every confidence that this demand will continue into the autumn.

“This interest has been accelerated by Perth’s City of Culture bid, which has captured the imagination and is likely to have a positive impact on property prices in the area.”

Mr McKay says the strongest demand is for middle market properties, not just in Perth but also in the outlying villages.

“For many Perthshire sellers, summer 2016 was a fantastic time for selling up,” he added.

“The middle market in particular showed strong levels of sales activity in many areas of Perth.  Properties priced between £100,000 and £250,000 in areas such as Oakbank, Viewlands, Craigie, Burghmuir , Scone and Kinnoull proved extremely popular with buyers.

“In one August week alone we had two consecutive closing dates and both properties received several impressive offers in excess of home report valuation from eager buyers who were keen to secure their dream home before the start of the autumn market.

“Detached villas, semi-detached villas and terraced houses are all still proving popular.  Two and three bedroom ex local authority in all areas of Perth are ideal for young families or first time buyers as these properties offer a of room not seen in many modern house designs.

“They also boast ideal gardens for families, and offer easy access to schools and other facilities. We also continue to see unprecedented demand for middle market bungalows in most areas of Perth as retirees continue to snap these properties up as soon as they come to the market.

“I am confident sales in the autumn and winter Perth market will remain active, and we can look forward to a strong spring in 2017. It certainly remains as good a time as any to sell your home in the region.”