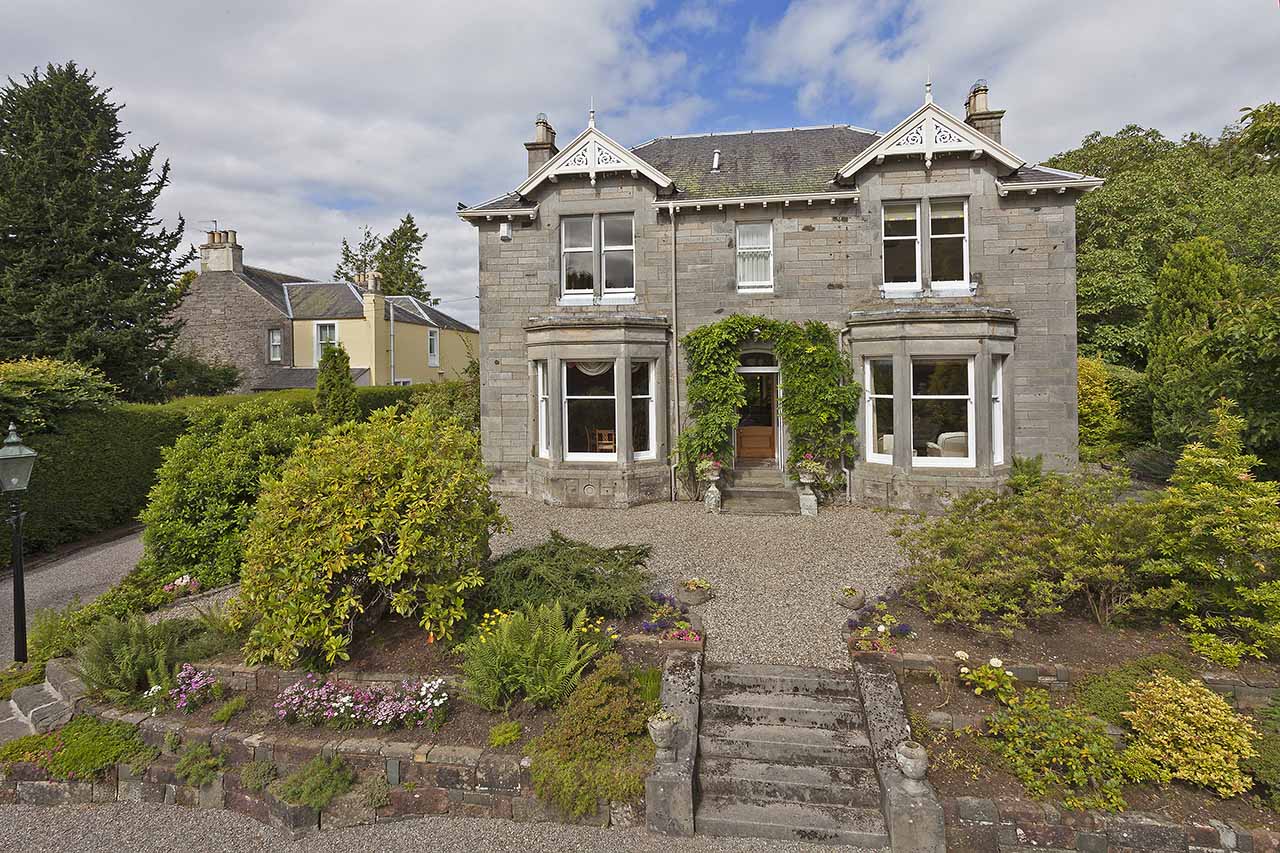 A 200-year-old Scottish home which was built by soldiers captured while fighting for Napoleon has gone up for sale.

Up to 7,000 French fighters were held in Perth between 1811 and 1815 as the General invaded nations across Europe.

The Prisoners of War built the local prison during their captivity – and it has since emerged that they helped create a number of other properties during their time in Scotland.

Orchard House in Scone, near Perth, was erected by them for the Governor of the Perth Stockade, according to locals.

The five-bedroom mansion is now being marketed by Aberdein Considine for £485,000.

“Buyers looking for a house with history should look no further,” he said.

“This is a period property of immense charm and has been much improved and upgraded by the current owners.

“Napoleonic Prisoners of War are known to have built a handful of properties in the area, but few remain in use.

“However, this house has been well looked after and remains a truly stunning home.”

It was in 1811 that the greatest mass of prisoners started arriving north of the border, partly because of greater numbers being captured in the West Indies and the Iberian Peninsular, but also because there were fears that prisoners held in the south of England were plotting to break out and seize the naval arsenal at Portsmouth while Napoleon attempted a last-ditch invasion.

While many of the prisoners in Scotland were sailors captured at sea, most were captured during land battles, such as Salamanca, Molino and Vigo.

During their captivity in Perth, the prisoners were relatively well treated, according to local historians. They would make dolls from straw and carve ornaments from animal bones which sell to locals at a market held every Wednesday.

French Officers were usually 'paroled' into the city and would stay with local families. They had to sign a promise that they would not try to run away, indeed, the few that did escape back to France were sent back by their own side to ensure that the conditions of parole were maintained on both sides of the Channel.

All of the French prisoners were repatriated after the Battle of Waterloo on 1815 and thousands of Perth people turned out to wave them off.

For more information about Orchard House, or to arrange a viewing, contact Aberdein Considine on 01738 473011 or visit aberdeinconsidine.com

The Herald: Perth home built by Napoleon’s soldiers goes up for sale

The Scotsman: House built by Napoleonic POWs on market for £500k