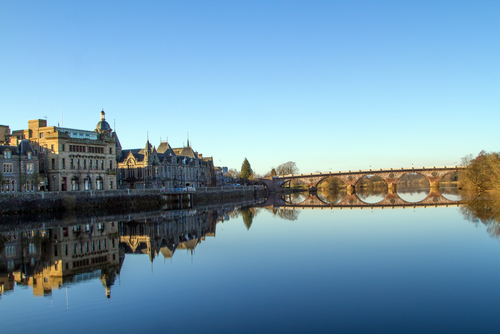 The Perth property market has soared to levels not seen since before the global financial crash in 2007.

Aberdein Considine’s Perth Branch Manager James McKay said the surge in activity across the region since January has been “phenomenal” – reporting a near 60% increase in the firm's own sales compared with 2015.

Properties valued up to £250,000 are selling “within days” in some parts of the city, he said.

New figures from the Registers of Scotland (RoS) – Scotland’s official keeper of property records – also show a spike in sales.

According to its latest figures, £30million worth of property changed hands in the city and surrounding region in January, up from £22milllion over the same period in 2015.

Interest at all levels of market

James, who has been selling property in the city for more than two decades, said increased interest is being shown at all levels of the market.

“The surge in sales activity on our properties since the start of January has been phenomenal,” he said.

“After 22 years in the business, even I am surprised by how much business levels have increased over the Winter and into Spring.

“We have seen a surge in requests for viewings for houses priced between £50,000 and £250,000 in all areas of the Perthshire market. The upper market above £250,000 is showing encouraging signs too.”

“In Perth, there is strong buyer demand in most areas including Oakbank, Viewlands, Craigie, Kinnoull and Scone. Several recent sales in the Oakbank and Craigie areas took place only a few days after the start of marketing.  These houses received achieved healthy sales figures, and some went to a closing date.

“Demand is outstripping supply, leaving many buyers disappointed.  This clearly demonstrates a healthy Perth market, and I cannot recall this level of enthusiasm from buyers since back in 2007.

“We have also seen strong demand in the Perthshire centres of Blairgowrie, Bridge of Earn, and other villages such as Balbeggie and Scone. As far as I can predict, this is only the start of what promises to be an exceptional year for sales in the Perth market. It is certainly a great time for sellers.”

Speak to your local property expert

If you would like to speak to James about selling your property, you can contact the Perth branch on 01738450700 or arrange a free property valuation by clicking here.