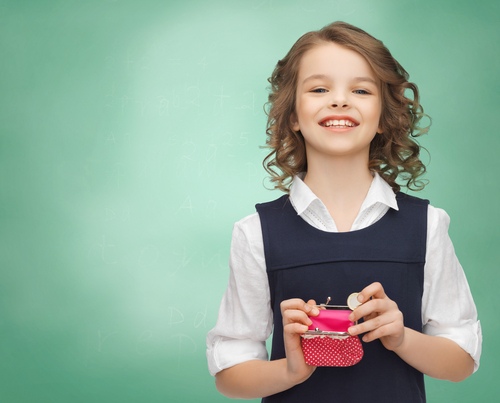 The average weekly allowance parents give to their children has risen to its highest level for nine years, according to a new study.

On average, children now receive £6.55 per week from a parent or guardian, an increase of almost 6% in the last year.

Not since 2007 have children received more pocket money, which suggests a loosening of the family purse strings after almost a decade.

The number of children receiving pocket money has also increased by 3% in the last 12 months to four in five (81%).

Despite the pocket money pay rise, just over two fifths (42%) of children still believe they should receive more pocket money than they do, up 1% on last year.

However, over half (51%) believe they receive the right amount of money.

Just over one in five (23%) believe their friends get more pocket money than they do (down 2% on last year) and almost half (45%) say knowing how much their friends get is important to them, a significant increase on 2015 (37%).

Giles Martin, Head of Halifax Savings, which carried out the research, said: “It’s reassuring to see that the average weekly amount has reached a nine-year high.

"Some parents are clearly not feeling the pinch in the same way as they have done in recent years, when weekly pocket money dipped as low as £5.89.

"It’s likely it’ll be a few more years until we reach the dizzy heights of £8.37 in 2005 though, when we saw the highest average pocket money since our records began.

Aberdein Considine has a national network of independent financial planners who can help you plan for your child's future.

We can help you with trusts, savings and investments.