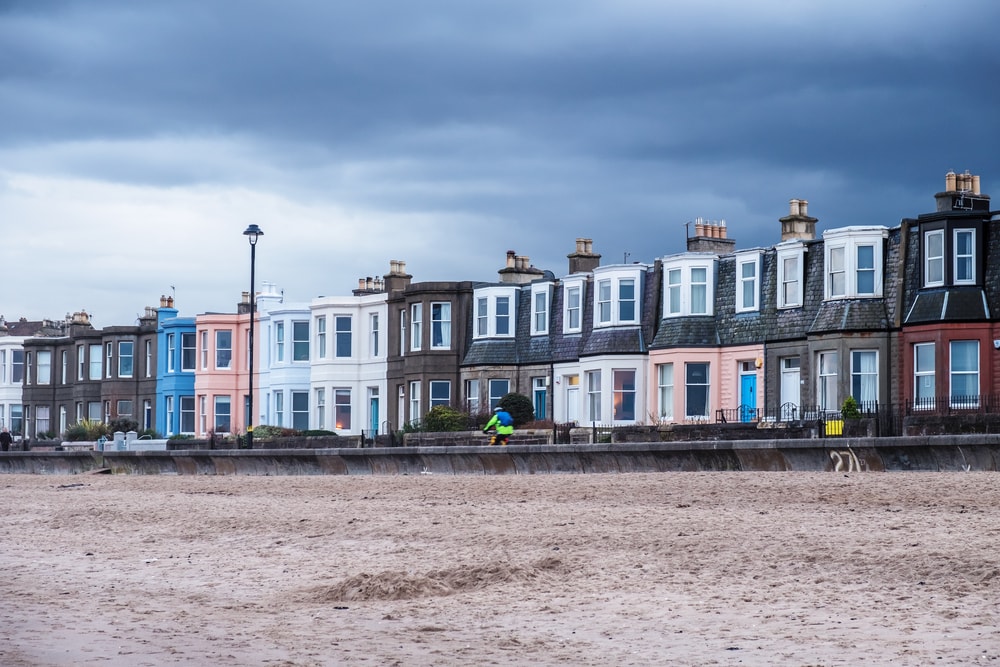 Flats in Portobello and Joppa have now jumped to equal top of the table in Edinburgh for the biggest percentage rise in value.

The latest house price report from ESPC reveals that two-bedroom properties in these two areas sold for an average of £217,119 in the July-September period - up £41,427 on the same three months last year.

Meanwhile, keeping their place at the head of the Edinburgh table were Corstorphine, Clermiston, South Gyle and East Craigs.

ESPC also said in its new report that one and two-bedroom flats in Edinburgh’s first-time buyer 'hot spots' were being snapped up quickly and selling in greater volumes than any other type of property in east central Scotland.

During July-September, one-bedroom flats in Leith Walk, Easter Road, Pilrig and Bonnington achieved the highest percentage over home-report valuation at 111%, and were selling the fastest at 13 days.

Elsewhere, properties in East Fife have shown the largest year-on-year increase in average selling prices in east central Scotland, and this increase of 25.9% has been driven up by sales of property over £350,000.

ESPC’s business analyst Maria Botha-Lopez said: “We have seen an increase of 4.7% in the number of homes sold in east central Scotland between July and September, continuing the recovery of year-on-year increases in sales volumes.

"However the number of new homes brought to market between the months of July and September decreased by 0.5%, after a promising sign of recovery over the last couple of months, and it is this lack of availability of properties to buy that is putting demand on the market and resulting in these increases in average selling prices.

“While first-time buyers may be disheartened by the quick selling times and increase in average selling prices in some of Edinburgh’s most popular places, the most affordable types of properties are two-bedroom flats in Craigentinny and one-bedroom flats in Gorgie, for example."

Latest sales figures from Aberdein Considine's branch in Edinburgh show that 78% of properties it sold in the third quarter went for over valuation.

Nearly 90% of homes changing hands achieved over or at valuation, while 60% of properties sold went to a closing date, while the home which achieved the highest price over valuation was 29% over.

The branch added that the property which sold quickest was a two-bedroom flat in Newhaven Road, Newhaven, which was on the market at offers over £170,000 and found a buyer in just two days.