Revealed: The most expensive place to buy a home in Scotland 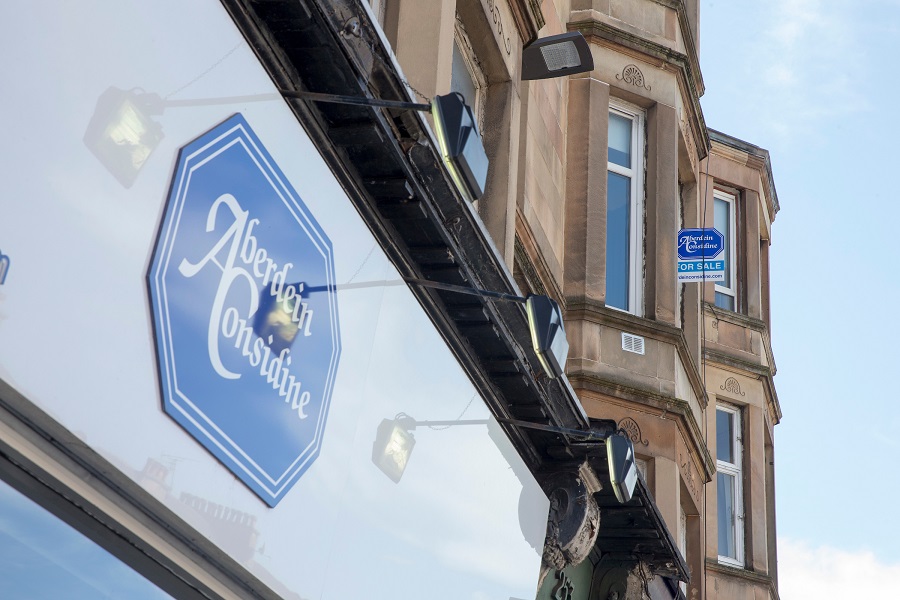 East Renfrewshire has overtaken Edinburgh to become the most expensive place to buy a home in Scotland.

A house in the area – which includes some of Greater Glasgow’s most popular suburbs such as Newton Mearns – now costs £249,353 according to independent research carried out by Aberdein Considine and The Times newspaper.

Our Property Monitor report shows that Scottish property sales, average prices and market values all increased during the second quarter of the year – driven largely by the buoyant markets of Edinburgh, Perth and Glasgow.

It also shows early signs of a recovery in the markets of Aberdeen and Aberdeenshire, where sales have risen for the first time since the oil price crash.

Glasgow – where the average property price is £148,786, up 8.3% on last year – is the only Scottish city where a home costs below the Scottish average.

Edinburgh saw a 5.6% increase in average price and the capital, where a home costs £247,206 on average, remains the most expensive city to buy.

“Across the country, sales rose by 1.8% and on average £49.7million worth of property changed hands each day between April and then and of June,” he said.

“East Renfrewshire has been on an upward trend for some time thanks to its popularity among young families setting up home, so it is not surprising to see average prices rise towards the £250,000 mark.

“Perhaps the most significant finding is that sales in both Aberdeen and Aberdeenshire are back on the rise and our report shows an 8.8% increase in transactions across the Granite City during the quarter.

“However, these figures need to be taken in context, as the comparative figure they are against – Q2 2016 – was probably when the market bottomed out.

“It will be interesting to see how the market performs over the last two quarters of the year. Should we see a repeat of the last three months, it may be the first tangible signs of a recovery in the north-east.”

Aberdein Considine – which has 18 offices throughout Scotland – has called for Finance Secretary Derek McKay to raise the upper limit of the 5% band from £325,000 to £500,000. Transactions in this bracket are currently taxed at 10%.

Mr Fraser added: “These survey results are not surprising as, given the choice, few people would welcome being taxed for moving home. That said, seven out of ten people believing the system is not fair sends a robust message to the Scottish Government.

“The tax was brought in for a purpose – to afford young people the chance to get on to the property market. By lifting large volumes of transactions at the lower end of the market out of tax altogether, it has been successful in that regard.

“The Additional Dwelling Supplement was later added to cool the buy-to-let sector – again, rightly or wrongly, the government has achieved what it set out to do.

“Property sales are not falling. However, there is a growing body of compelling evidence suggesting that the changes have caused a bottleneck at the top end of the property market in Scotland.

“We have people telling us every day that it is making it is both harder to sell and buy homes – and where we really see the problem is with properties priced between £325,000 and £750,000, where the tax moves into the 10% tax bracket.

“The Finance Secretary, Derek McKay, has been quoted as saying that he is willing to raise the upper limit of the 5% band from £325,000 to £500,000, easing the tax burden on thousands of homebuyers in the middle of the property market.

“We would welcome that – as would thousands of people who want to move home, but find the tax burden prevents them.”