Find out why Edinburgh is a better place to live than New York... 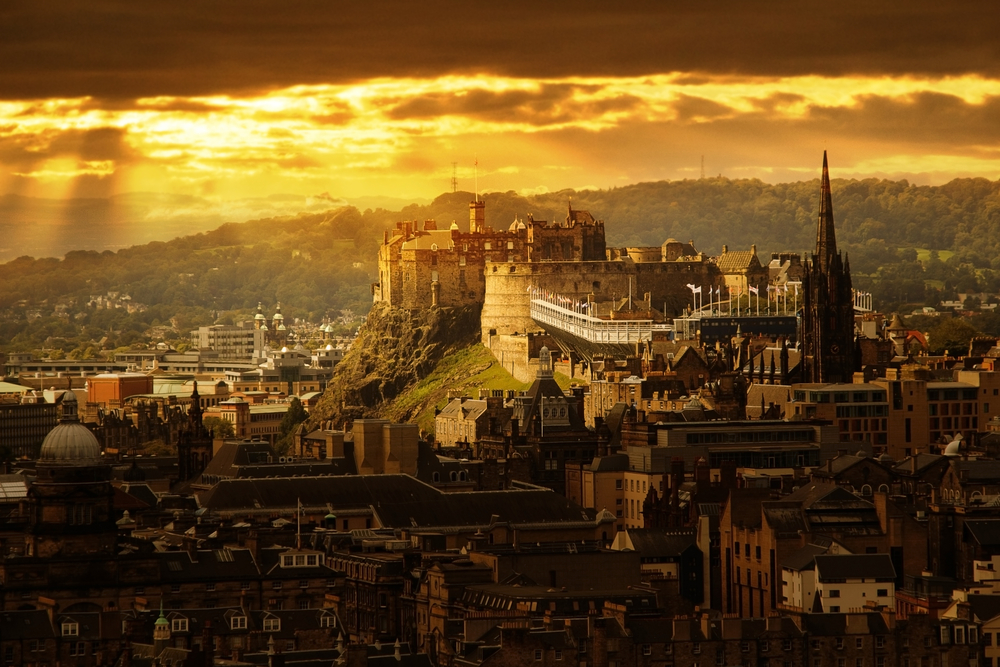 Edinburgh has been ranked the second-best city in the world for quality of life.

The only place ahead of it on the list compiled by Deutsche Bank was Wellington in New Zealand. Vienna was placed third, Melbourne fourth and Zurich fifth.

Forty seven cities around the globe were rated on factors including purchasing power, healthcare and climate for the global prices report.

Edinburgh’s low commuting time meant its inhabitants spend the least time travelling to work of any place on the list.

The Scottish city was also rated second for healthcare satisfaction and third for pollution levels.

Edinburgh came in sixth on property prices against income and 10th in terms of safety, but only 24th for climate and 25th for cost of living.

It was ranked 24th worldwide for salary, with typical net pay after tax of just over £1,700 a month -  around half of that earned by an average New Yorker and around a third of the income of the average person in Zurich.

Deutsche Bank said Edinburgh was a consistent all rounder, with decent opportunities and average costs, but less stressful living/working conditions.

Zurich was the most expensive place to have dinner, see a film, take a taxi or combine these on a cheap date, with Tokyo and Oslo next on the list of the priciest places for courtship.

However, Zurich also has the highest average salaries, followed by US cities and Sydney.

People living in Jakarta, Manila or Rio could potentially increase their salary tenfold by moving to the Swiss city.

London has slipped out of the top 10 cities for salaries following the depreciation of sterling after the Brexit vote.

The top 10 most expensive regions for goods and services are dominated by European cities, in particular those in Switzerland and across the Nordics.

Milan has become the number one most expensive place for a weekend getaway, followed by Copenhagen and Zurich.

While US cities have become more expensive over the last five years since the report was first published due to a strong dollar, global brands continue to be cheaper in the US than across other developed markets.

Meanwhile, the so-called 'bad habits index' of beer and cigarettes was led by Australia, New Zealand and Singapore.