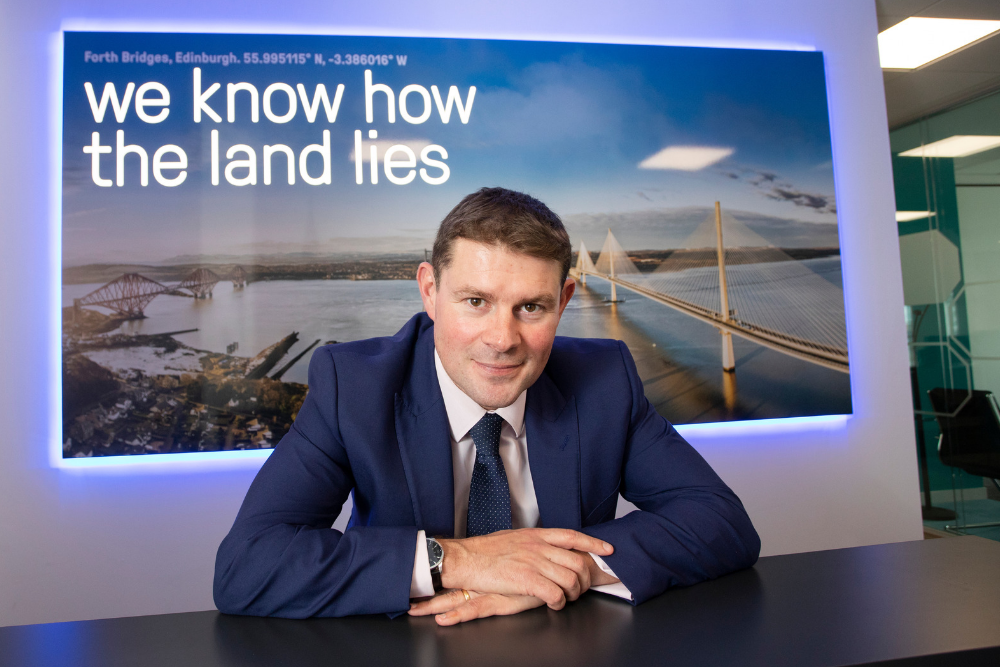 This article will be of interest to those who find themselves contemplating the forum to resolve an actual, or possible, dispute: court litigation is often not the only sweetie on the shelf.

When a dispute arises you may be bound to follow a contractually agreed dispute resolution procedure, such as arbitration or expert determination. It may be that the dispute must go to adjudication. Alternatively, mediation could be proposed to the other side. Lastly, a satisfactory resolution of your dispute could be achieved through negotiation. Each of these modes of alternative dispute resolution (ADR) are briefly touched upon below.

Parties to a construction contract have a legal right to have their dispute resolved by adjudication. The adjudication regime has evolved overtime but remains free from the rigours of complying with the procedural and evidential rules of court. It is the sprinter of the ADR world. The period beginning with the crystallisation of a dispute and ending with the issue of the appointed adjudicator’s decision is measured in weeks rather than months or years. It is a generally considered to be an inexpensive way of resolving construction disputes. Adjudication decisions are binding unless and until they are revised by subsequent arbitration or litigation after practical completion, or, occasionally, by agreement between the parties.

The current law of arbitration in Scotland is founded upon three principles: (i) the object of arbitration is to resolve disputes fairly, impartially and without unnecessary delay or expense; (ii) the parties should be free to agree how to resolve disputes, subject only to such safeguards as are necessary in the public interest; and (iii) the court should not intervene except as provided by the Act. In the absence of parties electing to be bound by specific rules, the Scottish Arbitration Rules ("the SARs") will apply. The SARs are split into mandatory rules and default rules, which apply unless the parties agree to modify or disapply those rules.

Unless the parties agree otherwise, the arbitrator's award may be registered for execution. This means that the award is treated as having equivalent effect to a court decree for payment, allowing a party to enforce an award without the need for further court procedure.

Permission must be obtained before an appeal to the Court of Session will be heard. The body of case law regarding arbitration applications indicates that Scottish judges are mindful of the third principle of the 2010 Act narrated above; being slow to interfere with arbitrations.

Expert determination is a creation of the parties’ contract. It is difficult therefore to give it sufficiently precise definition, but it can probably be described simply as where contracting parties agree to instruct a third party to instruct a third party to decide an issue between them, where he or she is to act an expert rather than an arbitrator.

Traditionally it has been the ADR of choice to resolve technical issues or matters of valuation arising during the performance of a contract. Its attributes are that it is generally less expensive and speedier than court litigation or arbitration, avoids the rigours of the application rules of evidence and procedure and offers a finality which avoids delays, potential re-hearings and appeals, and is particularly suitable where an expert knowledge of the subject is required and where parties have a continuing relationship.

As the scheme of expert determination is contractual, the route for challenging procedural acts or omissions and the determination will either be express to the contract or have to be implied to allow a challenge. Challenges are as common as hen’s teeth.

Mediation is a process which is voluntary, private, informal, collaborative and confidential. When parties choose to have their dispute mediated, they get to set the ground rules, including what the governing law will be and where any meetings will occur. Wiser heads than mine have called it a facilitated conversation designed to solve a problem. It is not adversarial, subject to external rules or subject to appeal.

At its best, mediation promotes collaborative engagement and sees a robust exploration of the perceived difficulties that each party may face at court or at arbitration. All of this before parties have started down the path of litigation. A path lined with upfront costs and demands on your time, with an uncertain destination at the end which you may not reach for months, if not years.

A mediated resolution of a dispute can be more effective, more flexible and more durable than an order imposed by a court or made in another ADR forum. But a party can walk away from mediation, at any time, without the risk of an adverse expenses award being made against it.

I suspect that negotiation is the silent majority of the ADR world. Clients, and every dispute lawyer, will use it on a daily basis. It can be the most effective means of resolving a dispute, in terms of time and costs. Even where a resolution is not reached, it can readily identify what the real areas of disagreement are between the parties.

In the world of email, I wonder if we are beginning to lose the art of face to face meetings. When appropriate, such meetings provide unparalleled insights into the attitude, knowledge and personality of those on the other side of your dispute. A word of warning though, get it wrong and you may only entrench the parties’ positions further. 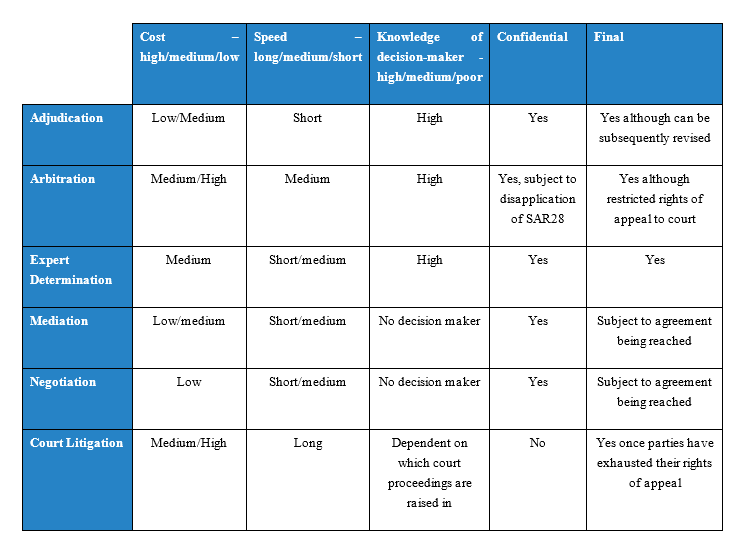 If any issues arising out of this article are of interest, click here to speak to Euan or a member of his team.