How rogue letting agents con tenants out of thousands 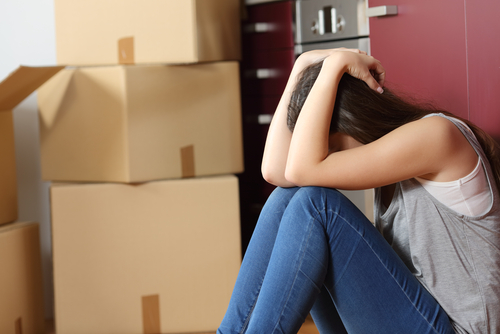 Whether you are a landlord or a tenant, the importance of selecting a properly regulated letting agent cannot be underestimated.

Whether you are a landlord or a tenant, the importance of selecting a properly regulated letting agent cannot be underestimated.

As members of the Association of Residential Letting Agents (ARLA) and the Law Society of Scotland, our staff are professionally trained and our accounts are regularly independently audited.

We also have a designated, ring fenced client account where all landlord and tenant monies are held.

A recent case in England epitomises why this is so important.

Following a week long case at Harrow Crown Court, letting agent Martin Marcus has been jailed for four and a half years after pleading guilty to scamming dozens of tenants and landlords out of more that £220,000 of rents and deposits.

The court heard how Mr Marcus had fronted a string of letting agencies using numerous aliases between 2009 and 2015.  He repeatedly offered tenants properties he had no right to let out, took deposits from multiple tenants for the same property, moved in different tenants than those promised, and used a variety of methods and excuses to hold on to thousands in deposits and rents.

Prior to sentencing the court heard impact statements from some of the victims describing how the agent had left some tens of thousands of pounds out of pocket, some without a home and others unable to care for ill relatives.

A number of company names including JMG Residential Ltd, Interlocate, Corporate Relocation and Churchill Residential were used to carry out the deception.

Requests from landlords and tenants for their money to be returned were met with excuses and in many cases cheques which bounced.

One landlord looking to rent out her property in Hertfordshire was contacted by Mr Marcus who said he had a prospective tenant who was a HBOS employee, and who would be moving from New York to the UK for two years. The tenant did not exist.

When the landlord visited the property she found the agent had moved in a family of eight.  No identification checks had been carried out and the tenants didn’t pay any rent.

By the time they were eventually evicted they had caused thousands of pounds of damage to furniture, fixtures and fittings. The rent from the property had been intended to help pay for the care of the landlords mother.

Further evidence from a student tenant also revealed that Mr Marcus took £2,000 to secure a rental property, but after paying the money she was unable to contact the him and the money was never returned.

Adrian Sangster, National Leasing Director at Aberdein Considine, said: "This is an extreme case of a rogue letting agent at work, however I hear many anecdotes of similar examples albeit on a smaller scale.

"This is why the Scottish Government is currently working towards the introduction of a Letting Agent Code of Practice and a mandatory register of letting agents which is expected to be in force by early 2018.

"While we welcome any measures to improve the standards of service throughout the private rented sector and weed out agents who bring the industry in to disrepute, there must be a robust system in place for identifying those not meeting the required standards.

"This has to be supported by sufficient resources allocated and the power given to actually be able to enforce the regulations and close these rogue agents down, thus protecting landlords and tenants from any other Martin Marcus’ out there."