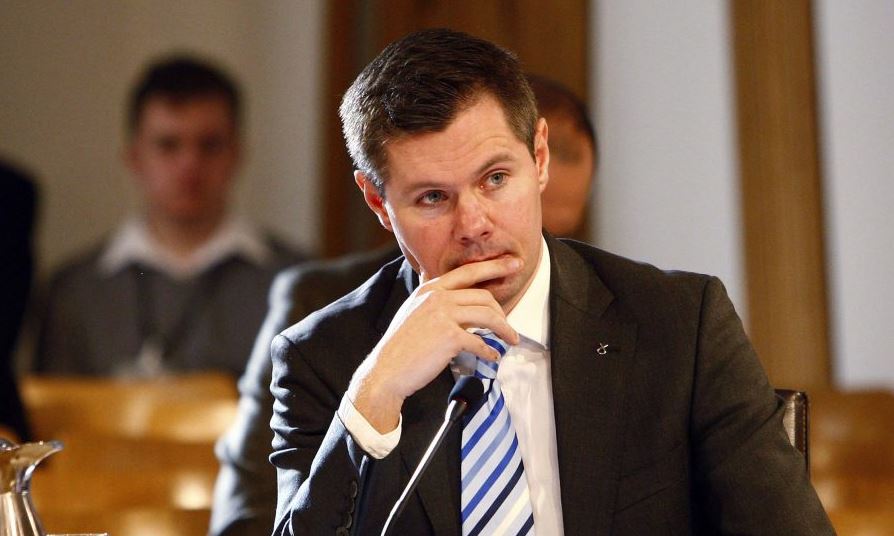 Scottish workers earning more than £24,000 a year are to pay a new intermediate Income Tax rate of 21%.

This was revealed today by Finance Secretary Derek Mackay as he set out the draft budget for 2018-19.

But he also highlighted that more than two-thirds of Scottish taxpayers will pay less tax next year on their current income.

The Scottish Government is proposing a ‘progressive’ Income Tax policy which it says protects low-earning taxpayers through the introduction of a new starter rate of tax.

Mr Mackay also confirmed plans to increase the higher and top rate of tax, both by 1%, to 41% and 46% respectively.

It has been announced that, as a result of the changes, all taxpayers earning up to £33,000 will be protected from any increase in tax rates.

The Scottish Government adds that 55% of taxpayers in Scotland will pay marginally less in 2018-19 than they would in the rest of the UK.

Mr Mackay said: “In order to mitigate UK budget cuts, protect our NHS and other public services, support our economy and tackle inequality in our society, we have decided to reform Income Tax in Scotland.

“Our reforms will ensure that the vast majority of taxpayers are protected, that Income Tax becomes more progressive, that revenues are generated for investment in public services and that - coupled with our spending choices - there will be a positive impact on the economy.”

The Scottish Fiscal Commission has forecast that the tax changes will generate £164million of additional revenues in 2018-19.

The Income Tax proposals are:

However, the Federation of Small Businesses in Scotland has voiced concern about today's tax move.

Andy Willox, the organisation's Scottish policy convener, said: “A majority of those in business in Scotland were against changes to the Income Tax regime. However, the cabinet secretary underlined that his tax changes were designed to cause minimum economic disruption. Only time will tell what the wider impact will be, but our members have a real concern about the effect of these changes on household spending power."

Allan Gardner, financial services director at Aberdein Considine, said: "With the median salary in Scotland sitting at around £24,000 many will feel reassured about the freeze on tax up to £33,000. As expected, those at the very highest end will incur an increase, but may feel a sense of relief that Mr MacKay didn’t go further.

"As ever, it remains to be seen whether these new tax measures, particularly the additional burden on the highest earners,will deliver the revenue necessary to pay for the extra spending."