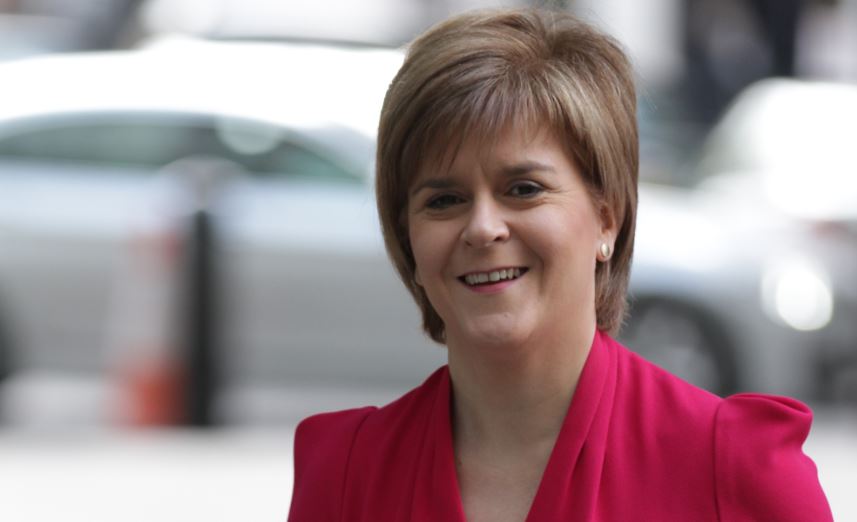 Nicola Sturgeon has confirmed that the SNP will not pass on the income tax cuts announced by George Osborne should they be re-elected in May.

Income tax rates in Scotland will be frozen, with no increases in the basic, higher or additional rate, under plans set out by the first minister this afternoon.

In his Budget last week, the Chancellor announced substantial increases to the higher rate threshold, which would have meant tax cuts for nearly 400,000 Scots.

Instead, Ms Sturgeon announced that the higher rate threshold will be frozen in real terms and increased only in line with CPI inflation in 2017/18 and by no more than inflation until 2021/22.

As a result, Scots higher earners will be paying more tax than someone on the same salary elsewhere in the UK.

The Scottish Government’s proposals are expected to generate cumulative additional revenue of more than £1billion by 2021/22.

She said: “In setting out our proposals we have balanced the need to invest in and support our public services with a recognition that many households are still facing difficult economic challenges, and with the need to grow the Scottish economy.

“We will not allow our public services to pay the price of an inflation busting tax increase for the highest earning 10% of the population. We think that is the wrong choice and today we set out our alternative.

“We will freeze the basic rate of tax for the duration of the next parliament.  We do not believe it is right that those on low incomes are asked to pay for austerity.  That does not tackle austerity, it simply shifts the burden to those who can least afford it.

“No taxpayer will see their bill increase as a result of these Scottish Government proposals. In 2017/18, instead of offering a large tax cut we will ensure the higher rate threshold rises only by inflation. That means next year the threshold for higher rate taxpayers will go from £43,000 to £43,387.

“That increase will prevent higher rate taxpayers from receiving a real terms cut in their tax bills, but nor will they see their bills increase.

“By adopting a different path to the UK Government we could generate more than £1 billion of additional revenues, enabling us to protect the public services we all rely on. We believe that this proposal is reasonable, it is balanced and it is fair."