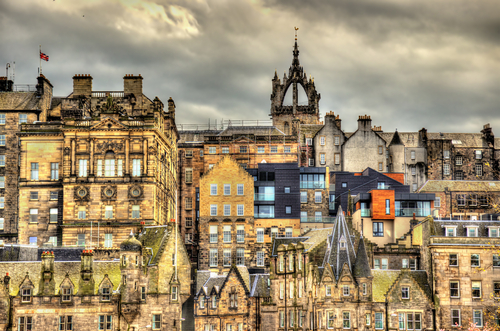 The volume of residential sales in Scotland rose 14.5% in the third quarter of 2015-16 compared to the same period in the previous year, according to official statistics published by Registers of Scotland (RoS).

A total of 28,779 properties were submitted for registration between October and December, the highest volume of sales for any quarter since quarter one of 2008-09.

Perth and Stirling continue to grow

In Perth, sales rose 19.3% to help the region register 864 sales during the quarter. Average prices also rose marginally to £189,716

Tougher market in the north-east

He said: "The increase in activity is very encouraging and shows the continued recovery in the general Scottish market. Edinburgh continues to improve while areas such as East Ayrshire show a dramatic increase in values indicating a wider geographic spread in activity.

"Particularly heartening is the strength of the flat market which in turn traditionally drives the upper market.

"The north-east figures reflect the downturn in the energy sector but it should be remembered that these figures follow on from an historically high boom market and although they show a decline in terms of these historic values and volumes, they still show a relatively strong market."

The total value of sales across Scotland registered between October and December increased by 16.3% to just under £4.8billion. This represents the highest value of sale for any quarter since quarter one of 2008-09.

The City of Edinburgh remained the largest market with sales of just under £824million for the quarter, an increase of 25.3% on the previous year.

What is your home worth?

If you wish to speak to one of Aberdein Considine's property experts about selling your home, call 0333 0066 333 or click here.