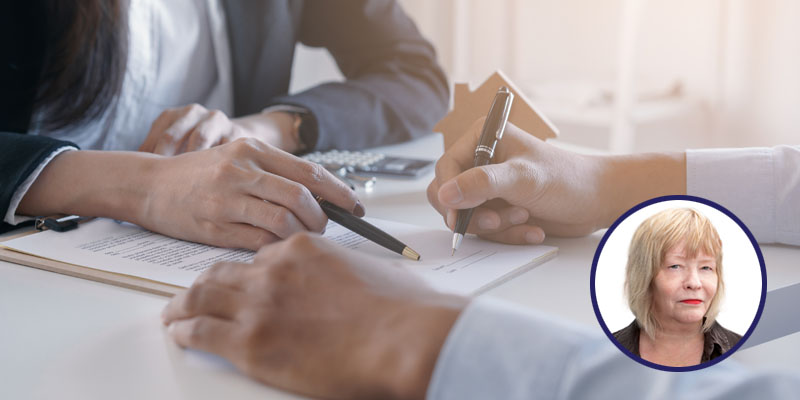 Spring is a time for new beginnings and things are no different when it comes to employment law.

As you will be aware, new statutory rates for family friendly leave and national minimum wage are applied every April. 2020 will also be the third year in which employers need to publish their gender pay gap information. However, this April there are more changes than ever to get ready for.

The Taylor Review of modern working practices was published as far back as 2017. Following a period of consultation, the Government published their ‘Good Work Plan’ in December 2018, setting out what they described as the ‘biggest package of workplace reforms for over 20 years.’ Some of the reforms have already come into force; from April 2019 the right to a payslip was extended to all workers and you are now required to include additional information for individuals whose pay varies depending on the number of hours they work. 6th April 2020 will see a number of further reforms coming into effect.

This April will also see a world first with the introduction of paid bereavement leave for working parents who lose a child under the age of 18. The new legal right is also named ‘Jack’s Law’ to reflect the years of campaigning on the issue by Lucy Herd who tragically lost her son, Jack, in 2010. At the time Jack’s father was only entitled to three days off work to grieve, one of which had to be taken for the funeral. Jack’s Law will mean that from April 6th, parents will have a right to take two weeks’ paid leave in addition to their existing parental leave entitlement, subject to meeting eligibility criteria.

Finally, the reforms to IR35 will be coming into effect from 6th April and have already caused a big stir. Earlier this month hundreds of contractors took to the streets of Westminster to protest citing the ‘devastating impact’ the changes to the off-payroll working rules will have. The worry for most freelancers is that, under the amended rules, they will be taxed as if they were employees without receiving additional employment rights in return. Their concern arises from the fact that the responsibility for determining whether a contractor is an employee for tax purposes will shift from the individual to the client that engages them. This briefing note will discuss each of these changes in greater detail. If you require any further assistance on any of these issues, including amending contracts and policies, then you can contact Karen Harvie on kharvie@acandco.com for more information on how we can help you navigate these changes.

The statutory rate for family-friendly leave is set by the government annually. Currently, this is £148.68 for shared parental pay, maternity pay, adoption pay and paternity pay.

This will increase to £151.20 from 5th April 2020. As always, whether this rate is payable will depend on the relevant employee meeting eligibility criteria and their levels of earnings. From 6th April 2020, this will also be the rate for statutory parental bereavement pay. See pages 2 and 3 for more information.

Employees who have been off work sick for 4 or more days in a row may be entitled to receive statutory sick pay. The current rate of £94.25 will increase to £95.85 from 6th April 2020.

The National Minimum Wage rates will be amended as follows from 1st April 2020:

Most Scottish public authorities are subject to their own specific gender pay gap reporting obligations. However, any Scottish public sector employer that is not covered by devolved regulations and has 250 or more employees must also report on 4th April.

Recently a bill was introduced into Parliament which would lower the threshold for pay gap reporting to 100 or more employees. This would also extend the requirement to reporting on pay gaps across different ethnicities. Although in its early stages, this may have significant implications for employers and we will keep you updated as this develops.

From 6th April 2020, employees working in Great Britain will have the right to take one or two weeks off work following the death of a child under 18 or a stillbirth after 24 weeks of pregnancy. The right applies to deaths or stillbirths occurring on or after 6th April 2020.

This right is only available to employees. There is no minimum length of service requirement for the leave but there is a qualifying service period for the pay.

The right applies to the child’s parent(s) which includes an adoptive parent or prospective adopter, an intended parent under a surrogacy arrangement and somebody who looks after the child in their home but is not a paid carer.

Leave can be one week, two continuous weeks, or two separate weeks and can be used any time in the first 56 weeks after death or stillbirth of the child. Where more than one child has died or been stillborn, the bereaved parent is entitled to a separate period of leave in relation to each child.

The employee must give their employer notification of the date of the child’s death, the date on which the employee chooses their leave to start and whether they intend that period to be one or two weeks. There is no requirement that this is done in writing although there are different requirements with regards to the associated statutory pay (see below).

There is a two-tiered approach to timeframes for notice in respect of the leave. In the first 7 weeks, the employee must tell their employer they wish to take leave before they are due to start work. From week 8, the employee must give seven days’ notice to take leave, although in practice an employer could accept shorter notice if they wanted to.

An employee’s terms and conditions will remain the same for any period of leave except those concerning remuneration. Employees are protected from dismissal or detriment for exercising their right to leave.

In most cases, employees have the right to return to the job in which they were employed before the absence unless the parent has taken the leave consecutively with certain periods of parental leave of other family-friendly leave and it is not reasonably practicable. In that instance, they must return to another job which is suitable and appropriate.

Statutory parental bereavement pay of £151.20 (or 90% of the employee’s earnings if lower) per week will be payable to eligible employees who have at least six months’ continuous service and meet the minimum earnings threshold. It will not be payable during a week in which the employee does any work for the employer.

Notice and Evidence of Entitlement to Pay

An employee must give notice to their employer and a written statement showing evidence of entitlement either before the start of the payment period or no more than 28 days after the first day of the period.

Interaction with Other Leave

Employers will need to consider how this interacts with their Time Off for Dependants policy. It should be noted that this right to unpaid leave in respect of the death of a dependant is to deal with immediate issues that arise such as organising a funeral and is not a form of compassionate leave.

Other rights to leave such as maternity leave will not normally be affected. Where a child is stillborn after 24 weeks of pregnancy, the mother would still be entitled to maternity leave and pay in respect of this child.

As with other statutory family-friendly leave, it is advisable to put in place a written policy that deals with the new statutory right. Where employers already have a policy for Compassionate Leave, consideration should be given to whether they wish to incorporate the new right into their existing policy or to have a new policy. Employers may also wish to consider whether they want to extend the right beyond the statutory minimum.

Under the Working Time Regulations 1998, workers are entitled to be paid at a rate of a week’s pay for each week of statutory annual leave.

At present, if a worker does not have normal working hours or where their pay varies depending on the number of hours they work and when, a week’s pay is calculated as an average of all remuneration earned in the previous 12 working weeks. This is inclusive of overtime payments and commission. Any weeks where remuneration is zero should be disregarded and earlier weeks used to make up the 12 weeks.

From 6th April 2020, the reference period used to calculate holiday pay will be extended to 52 weeks (or the number of complete weeks the worker has been with their employer when this is less than 52 weeks). The same rules will apply with regards to discounting weeks with no remuneration.

Employers currently have to provide employees who will work for them for more than a month with a written statement of terms no later than two months after their employment begins. This written statement of terms must set out specified information and is normally provided as the employee’s contract. The required particulars can be given at different times provided they are given by the end of the two month-period.

Additionally, there will be a requirement to include new information in contracts of employment, specifically:

There are also some terms that may currently be included in a supplementary statement but now have to be set out in the principal document which are:

It is worth noting that ‘existing employees’, those whose employment started on or after 30 November 1993 and before 6 April 2020, do not have to be given updated contracts. They can, however, request a new section 1 statement on or after 6th April and this should include the additional information.

In light of the changes, we would recommend that employers review their current template contracts to ensure that they comply with the updated requirements. Employers may also consider having two different templates for workers and employees as some aspects of an employment contract, such as reference to the disciplinary and grievance processes, will not be relevant for workers and this should be made clear within the document.

Presently the Agency Worker Regulations 2010 entitle agency workers to receive the same pay and basic working conditions as direct recruits once they have completed 12 continuous weeks in the same role. An exemption applies (the ‘Swedish derogation’) if agency workers receive pay between assignments. From 6th April 2020 the Swedish derogation will be removed. From this date, agency workers must also be provided with key fact statements setting out the terms of any assignment prior to undertaking the work.

The UK Government has postponed the introduction of a controversial tax reform that would have had major implications for contractors.

Responding to the Coronavirus outbreak, Steve Barclay, chief secretary to the Treasury, told parliament last night that he was deferring the changes for a year to help businesses and individuals left struggling by the Covid-19 outbreak.

The rules, called IR35 and first implemented in 2000, aim to stop employees holding themselves out themselves as freelance contractors in order to pay less tax.

To improve compliance, the government in 2017 made public sector organisations responsible for determining employment status. That same responsibility was to be extended to every medium and large private sector business in the UK from early next month.

Speaking in the House of Commons, Mr Barclay said: “The government is postponing the reforms to the off payroll working rules, IR35, from April 2020 to April 6, 2021.

“This is a deferral in response to the ongoing spread of Covid-19 to help businesses and individuals.

“This is not a cancellation and the government remains committed to reintroducing this policy to ensure people working like employees but through their own limited company pay broadly the same tax as those employed directly.”