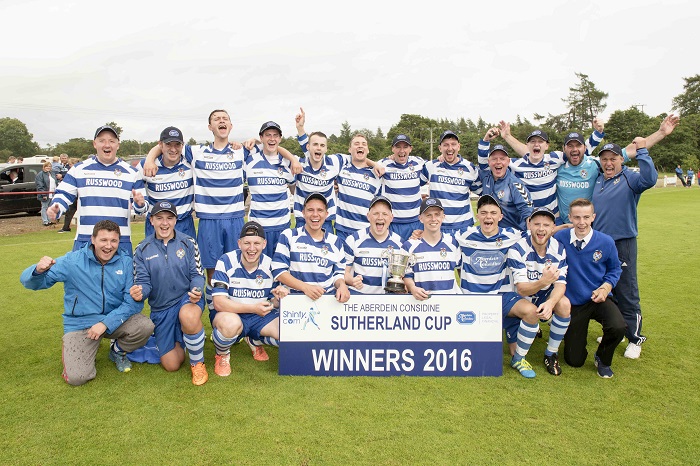 A hat-trick from Conner Jones helped Newtomore retain the Aberdein Considine Sutherland Cup with a 6-0 win over local rivals Kingussie.

A hat-trick from Conner Jones helped Newtomore retain the Aberdein Considine Sutherland Cup with a 6-0 win over local rivals Kingussie.

It took Newtonmore 24 minutes for Duncan Gorman to break down their neighbours then two in a minute from Jones suddenly buried the game before half-time.

There it stayed for a further half-hour before Martin Hall and Iain Robinson extended More's lead and Jones completed his hat-trick in the penultimate minute.

You can read the full BBC match report here. 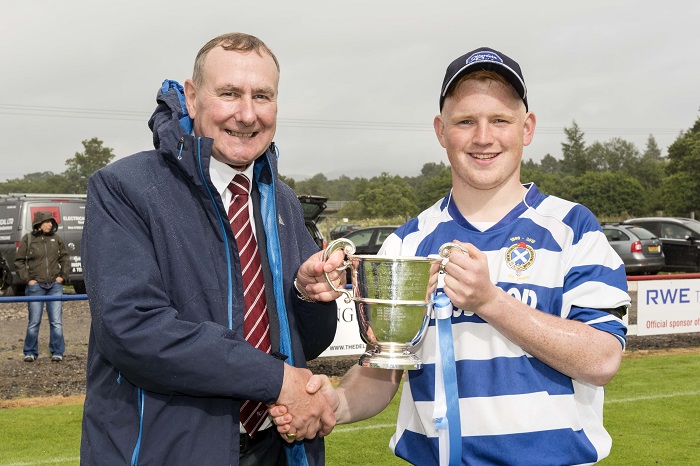 Aberdein Considine’s sponsorship of the Sutherland Cup continues the firm’s long association with the sport, which now dates back more than 25 years.

He said: “Teamwork, community spirit and graft are the core ingredients of champion shinty teams – that has never changed over more than a century of competition.

“These same values run through Aberdein Considine and it has been a pleasure to support – and to continue supporting - the sport and the many Scottish communities it is an integral part of.”

Earlier this year, the Aberdein Considine also helped raise £14,000 towards the sport’s first all-weather training pitch, which is being built by Newtonmore.

“They are a long-standing partner of shinty and have made a significant contribution to the promotion and development of the game,” he said.

Aberdein Considine – which now has 20 offices throughout Scotland – has already committed several thousand pounds to community sports clubs across the country.

Aberdein Considine has also been the main shirt sponsor of Culter JFC and Bridge of Don Thistle FC for the past season and is a sponsor of Glasgow’s Pollock Juniors.

Aberdein Considine Managing Partner, Jacqueine Law, said: “For us, being a part of the communities we trade in is just as important as having an office there.

“We value our partnerships with these clubs and hope we can contribute, even in a small way, to the success they enjoy.”