Have you rented property? You could be due a share of £2.4million 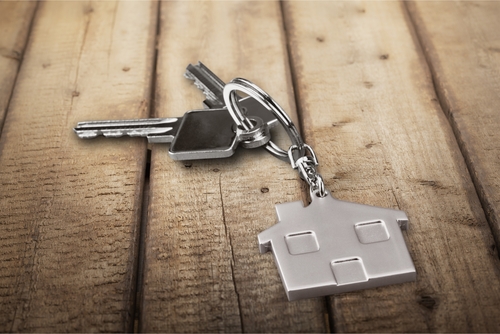 More than £2million pounds is lying unclaimed by tenants who have rented property in Scotland since 2012, it has emerged.

More than £2million pounds is lying unclaimed by tenants who have rented property in Scotland since 2012, according to reports.

An investigation by the BBC has uncovered Scottish Government figures showing that 8,408 deposits worth £2.4million had not been claimed as of the end of September.

The cash is being held in three government-approved deposit schemes set up in 2012 to protect tenants.

To prevent landlords holding onto money on false grounds, they are legally required to lodge deposits with one of the schemes, which hold the money until a lease has ended.

The largest scheme administrator - SafeDeposits Scotland - has appealed for tenants to come forward and reclaim their deposits.

It says more than 3,000 tenants have ended their leases without claiming back their money. A total of £833,000 remains unclaimed from their books.

SafeDeposits Scotland chief executive Jen Paice said: "We reckon that a large proportion of the missing tenants are students.

"Perhaps they were new to the rental market and didn't appreciate that they would get their deposits back.

"Maybe they were from abroad and didn't fully understand how the scheme works in Scotland. Or it could be that in a multiple-occupancy let they lost track of who owed what.

"We don't think it's right that people lose out on what's due to them so we do everything we can to try and get people the cash they are owed."

The BBC says that another of the schemes, Hertfordshire-based MyDeposits Scotland, said it was holding 4,477 of unclaimed tenancy deposits totalling just under £1.25million.

A spokesman told the broadcaster: "When a tenant does not make a claim for their deposit, we will repeatedly contact them to make them aware of what they need to do to claim back their deposit.

"Throughout the tenancy, right up until when the repayment is requested, the deposits are held in a secure UK bank account and will only be released when the tenant has contacted us and we have successfully verified their ID."

A Scottish Government spokesman said: "Scheme administrators must hold a tenant's deposit in a designated account until it falls to be repaid at the end of the tenancy.

"If it is unclaimed they must hold it indefinitely in case it is claimed at a later date. Nothing in the scheme rules provides for unclaimed money to be paid to anyone."