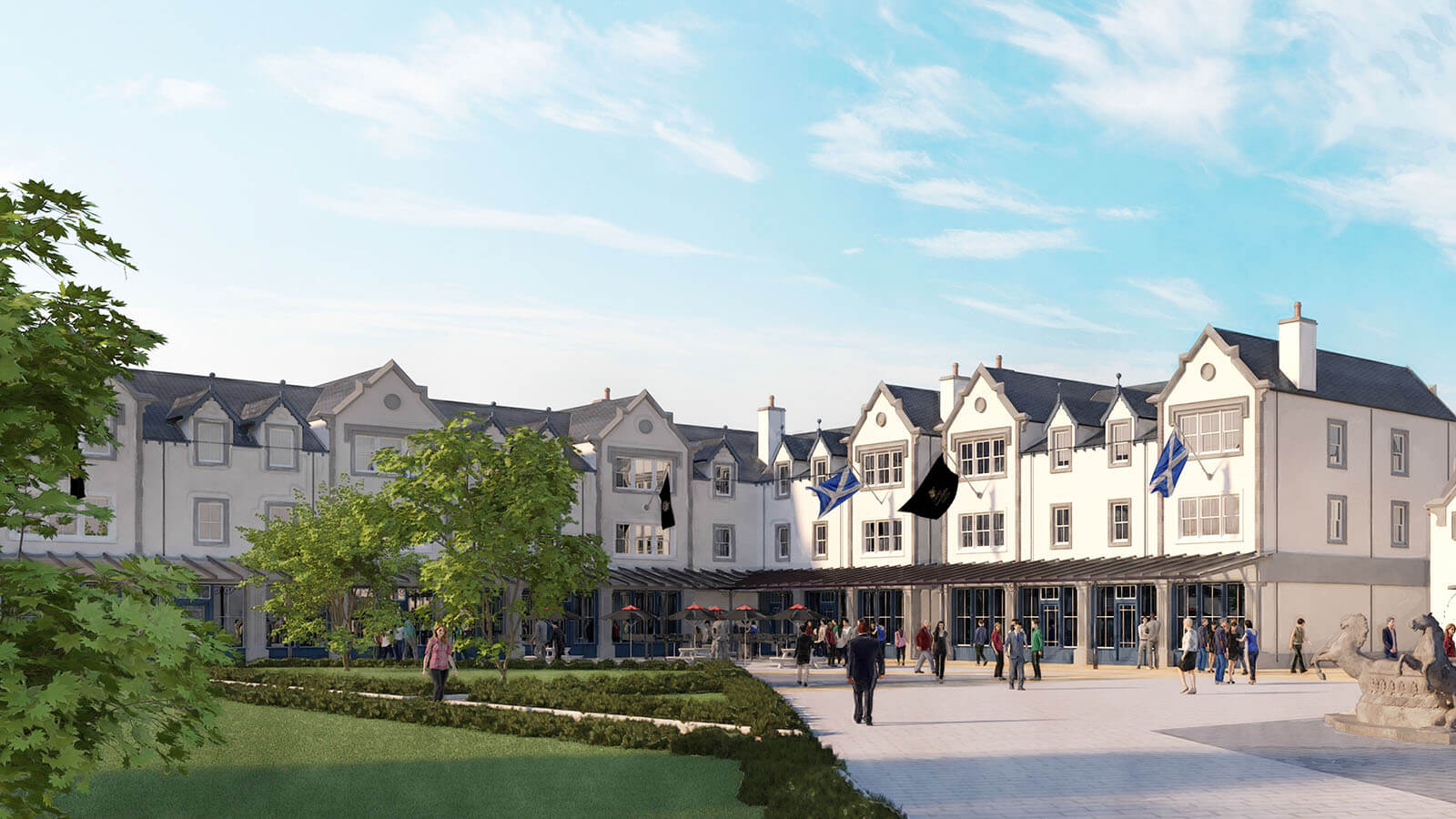 A public Open Day is being held for people who want to learn more about homes being built at The Trump Estate in Aberdeenshire.

Almost 500 people have registered interest in the first 82 homes to be built at the site after Trump International Scotland was given the green light to build 500 homes and 50 hotel cottages.

Aberdein Considine has been appointed to market the development and since approval was granted the firm has been inundated with requests regarding the development’s first chapter.

To meet demand, the developer has announced a special Open Day this Thursday to allow members of the public to view full details of the development. CLICK HERE TO REGISTER.

People interested in the project are being invited to attend MacLeod House any time between 12pm and 8pm on Thursday (October 3rd), where members of the development team will be on hand to discuss the plans.

The new residential community will provide a range of two, three, four and five bedroom cottages, townhouses and mansions ranging from £295,000 to several million.

Interest from as far as Washington and Singapore has been registered since the plans were first lodged. However, almost two thirds of interested parties are from the north-east.

Sarah Malone, Executive Vice President of Trump International Scotland, said: “This is a unique development on an incredible stretch of land, spanning the spectacular north-east coastline. We have been overwhelmed by the support this project has received and greatly look forward to taking this important next phase of development forward.

Councillors voted 38 to 24 to back the proposals after officials supported the economic benefit the project will bring to the north-east. More than 2,000 full-time construction jobs will be created.

“This is one of the largest developments of premium homes in the north-east since the oil and gas downturn and the investment is an enormous vote of confidence in the local economy,” he said.

“The Trump Estate development is unique in terms of both the breathtakingly beautiful location and style of properties being proposed – there is nothing like this anywhere in Scotland.

“There is still some legal work to tie-up before we can take reservations, however we are expecting high demand for the first tranche of homes when they come to market.”

The housing investment forms part of the £750 million multi-phased development at the Aberdeen site and builds on the £100million invested during phase one which includes the world-renowned championship golf course, extensive driving range and practice facilities, permanent clubhouse and historic country house hotel, MacLeod House & Lodge.

Plans for a second course – to be named after Donald Trump’s Scottish mother, Mary Macleod – were also approved last week.

Homeowners at The Trump Estate will benefit from a number of unique estate benefits and privileges including membership, loyalty card, estate factoring and property rental management.