Could creating homes on Union Street secure its future? 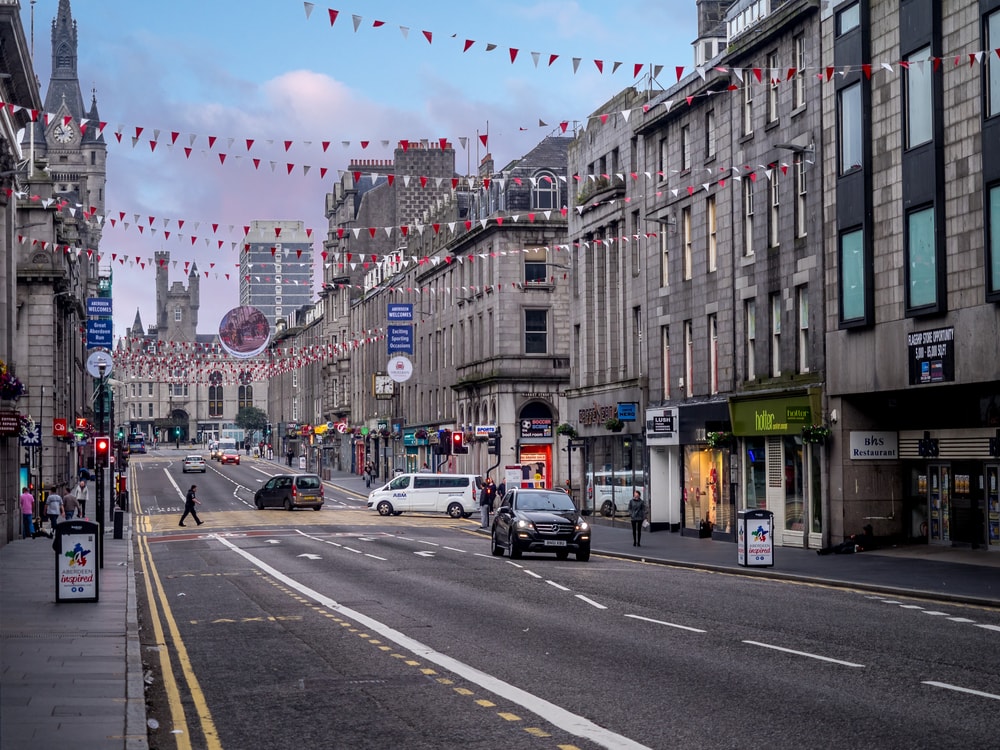 City leaders are currently examining new ways to breath fresh life into Aberdeen's Union Street - so could bringing more residents back be key to its future?

Vacant retail units and office accommodation have become common sights on the Granite Mile following the recent downturn in oil and gas sector, upon which many of the city's jobs depend.

A recent report revealed that there is now a record 2.1million sq ft of unoccupied commercial property in Aberdeen.

A lot of work is underway to breathe new life into the street, which has recently welcomed two towering new office blocks to its skyline.

And work is expected to begin on the £20 million revamp of Union Terrace Gardens by March next year, if approval is granted.

However, could demand for flats on the street offer a potential, long-term solution?

Fraser House - on the corner of Union Street and Market Street - is now home to 34 one, two and three bedroom homes.

Aberdein Considine held a special launch night last month as the first 10 properties went on the market, which was attended by scores of first time buyers, investors and young professionals eager to get a first look.

Half of them have already been snapped up

"We welcomed close to 100 people on the development’s opening night. People, particularly young people, love the location. And I know there are other similar developments in the pipeline as landlords struggle to attain commercial occupancy."

Each apartment within Fraser House is within the stunning C Listed Georgian building which, for a number of years, was home to the renowned House of Fraser department store.

The building was transformed in 2008 to created 34 stylish residential apartments spanning over three floors.

Spacious and contemporary in design, each of the apartments have been neutrally decorated and finished to the highest of standards throughout.

All accomodation has been fitted with modern kitchens, bathrooms and both the living and bedroom accommodation are of exceptionally generous proportions.

A selection of apartments are split over two floors and are connected by a stylish spiral staircase.

Click the links below to have a look inside:

So do we need to go back to the future to save our most famous street? Because there was a point in time where it was lined with homes.

The street was designed in the beginning of the 19th century under plans suggested by Charles Abercrombie and nearly bankrupted the city.

Originally proposed in 1771, Abercrombie’s plan to expand the medieval city to the west of the Denburn valley was the bold move that created Union Street and defined the city centre.

Such was its vision, that Union Street remains the spine and principal thoroughfare of the city. However, it was originally designed as a residential area that subsequently witnessed progressive changes of use.

The original community of the residential street soon became colonised by shops, stimulating its gradual transformation to one of mixed use, and eventually to almost exclusively commercial use.

But it could change back again.

"It said the abandonment of the city centre as a place to live has created a predominantly retail quarter by day, and a 'leisure ghetto by night'.

"That report said the centre for too many had 'become unattractive, even threatening'."

"It concluded that nature of Union Street is once again changing, but it is vital that future change is strategically planned to ensure integration of thinking, anticipate consequences, and generate or catalyse improvement.

"The economy we find ourselves in right now presents us with a chance to do just that."