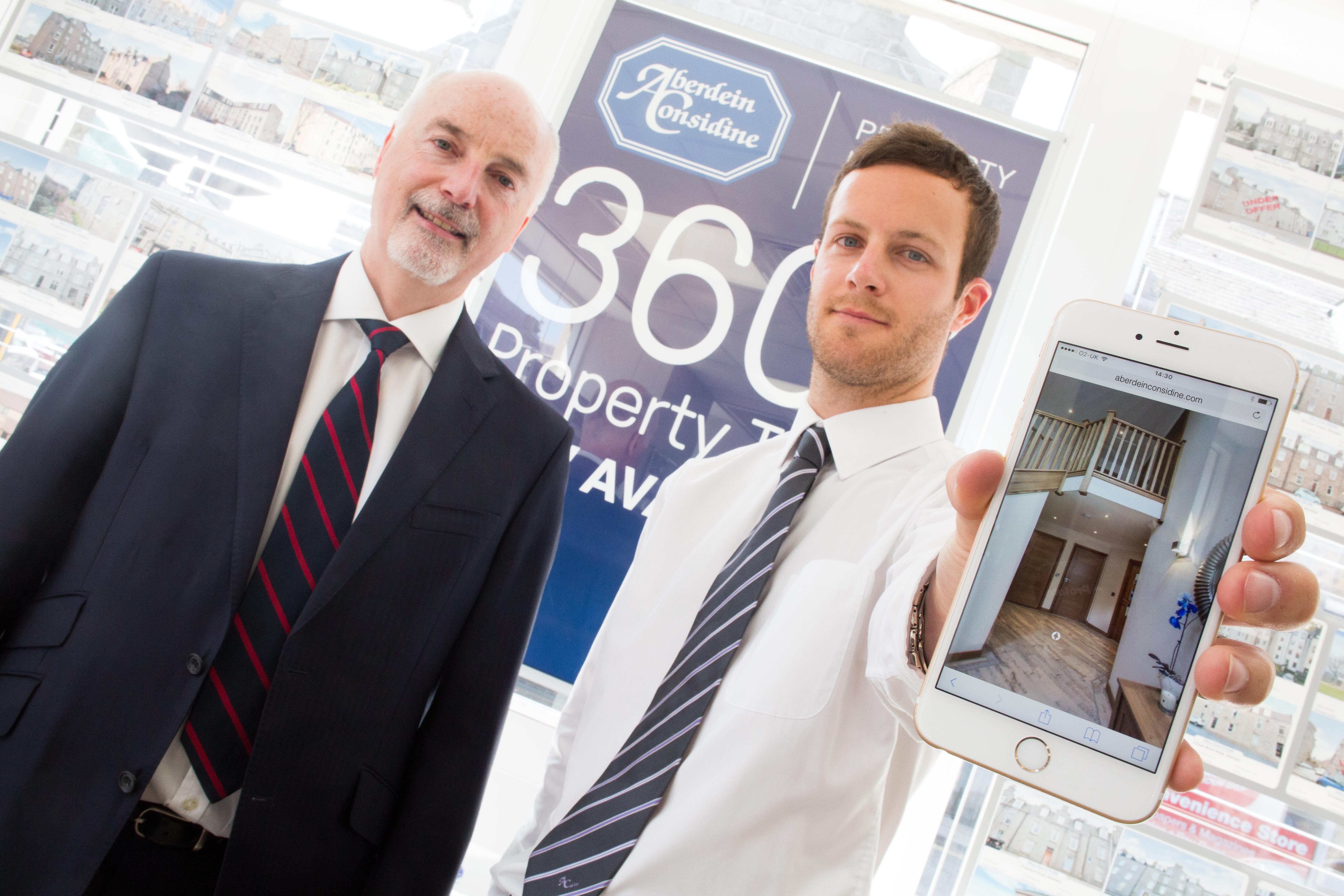 Techniques used by Google to produce its Street View maps are being deployed in the Scottish property market to help househunters 'walk around' homes using their computer or smartphone.

To view a demo of the 360-degree tour, click here.

Individual panoramic images are ‘stitched’ together – similar to Google Street View – allowing the viewer to move through the property using their mouse or fingertips.

Since their introduction, Google’s 360-degree maps have become part of everyday life for most. Bob Fraser, Senior Property Partner at Aberdein Considine, believes they could have the same impact in the property market.

“It is unlikely that someone would buy a home without having at least one walk around,” he said.

“However, where this technology will bring enormous benefit is for more remote properties which might not get the footfall urban properties get.

“A virtual tour may catch the eye of a buyer who would otherwise have not seen the inside of the house.”

Mr Fraser, who has been buying and selling property in Scotland for 35 years, added: “I think the sector is now ready for this technology as it has dropped in price over the past 18-months, allowing it to become a feasible marketing tool for people selling their home.”

The launch of the 360-degree tours comes as Aberdein Considine continues its expansion across Scotland.

On Friday (27th May) the firm officially completed its merger with Glasgow's A&S Ireland.

The combined businesses – which will trade under the Aberdein Considine brand from Monday – will together employ 360 staff.