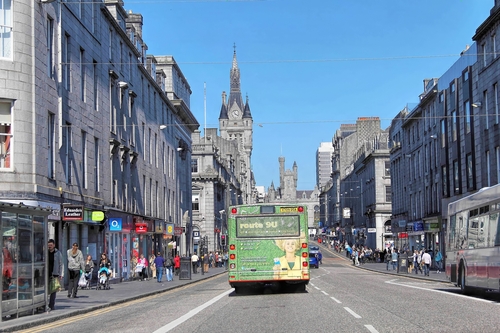 Average house prices in Aberdeen have risen at a faster rate than London over the past decade, according to one of the world's biggest banks.

Its latest report has found that since 2005, average property prices in the Granite City have risen by 88% - faster than anywhere else in the UK, including the capital.

It estimates that the average Aberdeen house now costs £219,177, despite the recent troubles in the oil and gas sector.

The report said the UK’s most "successful cities economically" have tended to see the strongest property price rises.

The report also examines property affordability and estimates that a home in the UK's oil capital costs 5.83 times the average annual salary.

It named Stirling as the UK's most affordable city, where the average property costs 3.9 times the average annual salary.

The fall in oil prices continues to change the north-east property market - but recent Scottish Government figures show that the impact may not be as severe as feared.

Aberdein Considine are an Aberdeen Estate Agent and have been buying and selling homes for clients in Aberdeen and Aberdeenshire since 1981.