Aberdeen property prices fall - but could things be about to turn? 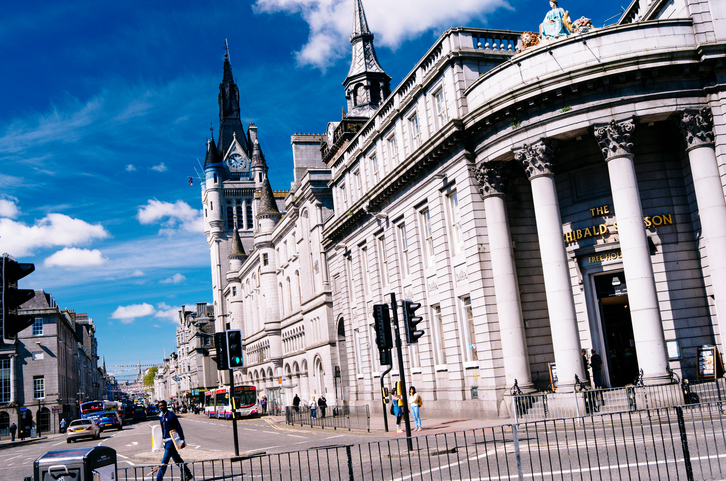 The latest house price statistic for the Aberdeen and Aberdeenshire show the continuing impact the oil and gas crisis is having on the local market.

However, despite average prices falling by almost 10% on last year, solicitors across the Granite City are reporting a gradual upturn in activity and a return of confidence to the market.

New figures from the ASPC show that house prices in Aberdeen City and Suburbs are down by 9.1% year on year.

The organisation, which works with the University of Aberdeen to compile the figures, said the price drop was "unsurprising" given the 20% drop in sales over the same period.

However, its chairman said there was now anecdotal evidence from its members suggesting that the decline may have bottomed out.

Chris Comfort, Partner at Scottish solicitor estate agent Aberdein Considine, said he and colleagues in the industry are seeing early signs of a recovery in Aberdeen.

“On the face of it, the latest figures reflect a continuing trend of decreasing prices,” he said.

“The most recent figures show a continuing decrease in both the City and Shire to end what has been a tough 2016 for the housing market and the local economy as a whole.

“Both Brexit and the introduction of the Additional Dwelling Supplement Tax for second homes have added to the negative impact caused by the oil and gas downturn. Aberdeen has also seen its population drop significantly over the last 12 months which has inevitable led to the decrease in sales.

“There is encouragement however to be taken from the level of buyer activity in the last quarter. From both my own point of view and those of my counterparts, there is a renewed optimism in the local economy.

“If the early indications are right, then 2017 is going to see a halt to the current downwards trend and in some areas, such as the city centre flat market, a reversal may even be seen by the 2nd quarter when compared with 2016.”

Mr Comfort added: “An observation worthy of note is that our Westhill office which was the first area to have house prices impacted by the oil and gas downturn has shown an increase in sales numbers in the final quarter compared with quarter three and it is a trend which has continued in the early weeks of 2017.

“Overall, the high level of first time buyer enquiries is a promising sign which may well be the first shoots of what we hope to be a steady recovery leading to an increase in market stability and a levelling out of house prices in 2017.

“In the short term it remains a buyer’s market and with mortgage interest levels low but expected to increase it may be that we are at or very close to the optimum time to buy.”