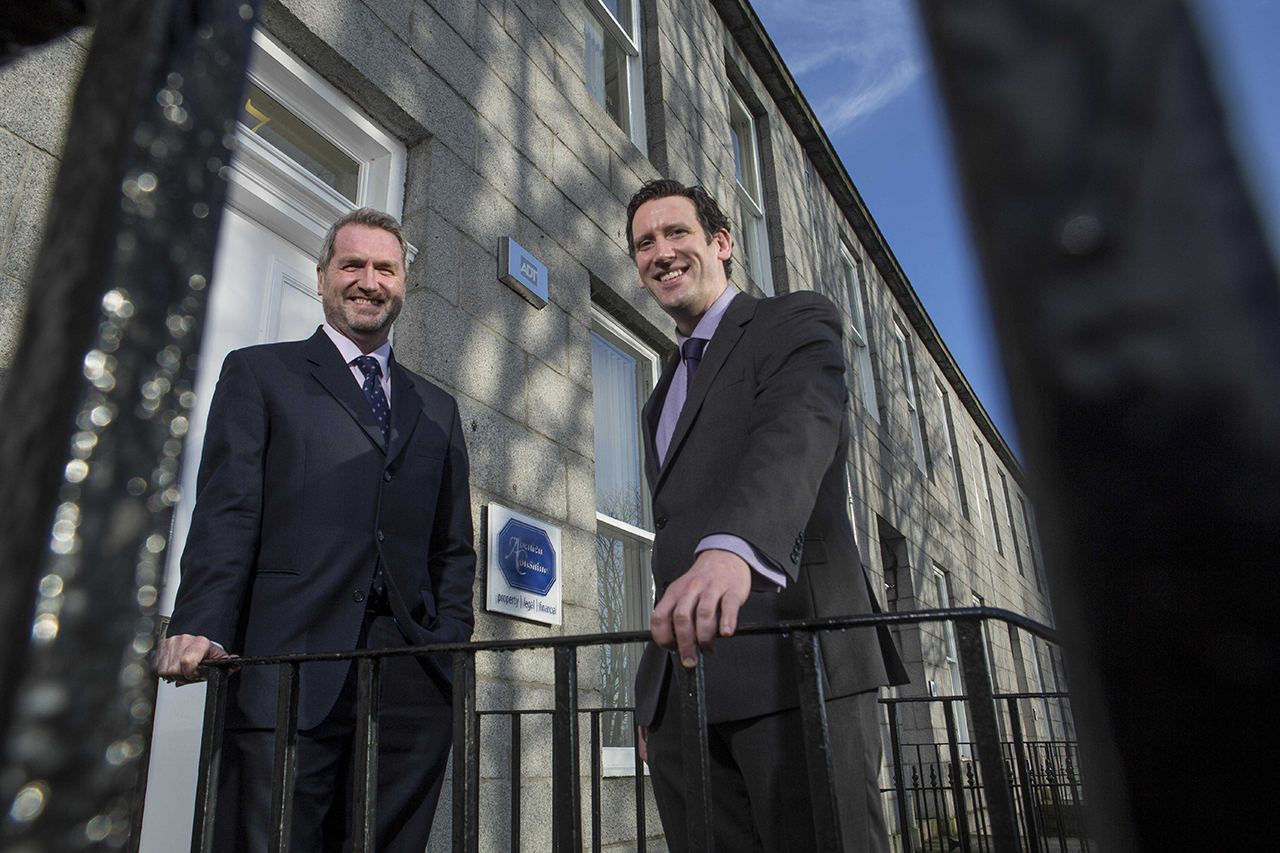 Aberdein Considine has announced major expansion in two cities as it continues to grow its property, legal and financial services divisions across Scotland.

The firm is opening new legal headquarters in Glasgow after landing one of the country’s foremost commercial property lawyers, Legal 500-listed Paul Jennings.

The partnership has also expanded in Aberdeen with the addition of a new flagship property branch on one side of Union Street and a Pension Advice Centre on the other.

The new offices mark the latest chapter in the growth story of Aberdein Considine, which launched in 1981.

The new Glasgow office will be its 19th in Scotland and adds to the property branch already located in the city.

The move comes just months after it expanded into a fifth city – Stirling – with the acquisition of Muirhead Buchanan.

Managing Partner Jacqueline Law said investment underlined the firm’s desire to become one of the biggest in the country.

“Our new Aberdeen property office is second to none and gives us a real high-profile presence in the city,” she said.

“With the changes to pension regulations coming in April, we also felt it was important to make advice easily available on the high street.”

She added: “The arrival of Paul Jennings – with all his commercial property experience – adds a new dimension to what we offer.

“We opened a legal office in Edinburgh 18-months-ago and that was a huge success for us. I fully expect us to repeat that in Glasgow.”

Mr Jennings, who lives in the Central Belt but grew up in Aberdeen, has extensive commercial property experience having worked with a number of high street businesses, including Greggs, Austin Reed, Thomas Sabo, Krispy Kreme and Rox.

He was Managing Partner of Edinburgh and Glasgow commercial property experts Bell & Scott before the business merged with Anderson Strathern in 2011.

“Aberdein Considine is one of the fastest growing law firms in Scotland right now and I am hugely excited about what the future holds,” he said.

“The expansion not only completes our full service offering in Glasgow, it also further strengthens our commercial property and corporate service throughout Scotland.”

To support the expansion, the firm has also promoted eight lawyers and appointed its first Chief Financial Officer.

Chris Comfort, Mairi Kennedy, Douglas Telfer and Sean MacMillan have been promoted to Associates, while Samantha Morrice, Kirsty Allen, Vicki Alexander and Nicola Jane Scott have been made Senior Solicitors.

“This has created Aberdeen’s largest property, legal and financial centre in the heart of the city,” she said.

“Scotland has a proud and distinguished history in providing traditional values of integrity and fairness in the legal sector and Aberdein Considine is a significant part of that sector as a Top 10 Scottish Law firm in terms of both fee earners and turnover.

“The legal sector contributes more than £1billion to the Scottish economy every year and as the industry continues to evolve with alternative business models, Scotland is ideally placed to support future growth.”.

The Scotsman: Expansion on cards for Aberdein Considine.