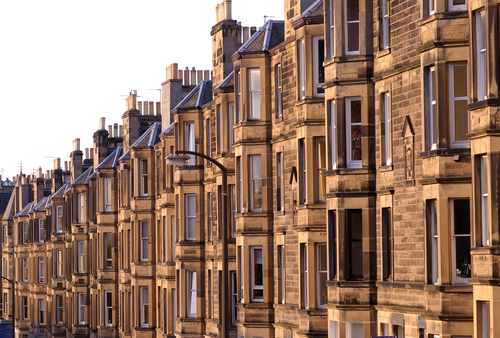 House prices in Scotland have grown at twice the rate of England, adding £45 a day to the value of the average home.

Fresh figures show that the country's property market surged at the end of 2015 on the back of strongest sales since 2007, with prices up by 13% compared to the year before.

In Glasgow the average property rose by 1.4% during the same timeframe, and 7.7% across the year.

“The figures do not surprise me at all as the market remains buoyant in Glasgow,” he said.

“Traditionally the market used to slow down significantly after October but in the last few years we have not experienced this traditional lull.

“The 13% rise year-on-year rise also comes as no surprise to me as our own sales in Glasgow increased by 14% compared with 2014 which is obviously slightly above the national average.”

Douglas added: “Demand continues to far outweigh supply. This lack of stock compared with the number of active buyers has resulted in properties going to closing dates more often than not and the sale prices achieved are well in excess of Home Report valuation.

“I expect house prices to continue to rise in 2016. Mortgage rates remain at an unprecedented low rate and there are clear indications that the base rate will not rise until 2017.

“This coupled with the buy-to-let investors desperate to purchase prior to a tax rise in April will result in demand continuing to outweigh supply in the first quarter.

“We will then enter the traditional busy summer market and if the trend of recent years continues then the market will remain buoyant right through until the end of the year once again.”

Save hundreds of pounds on your home move

Aberdein Considine is currently offering Glasgow sellers free conveyancing on their next home purchase if they get in touch before the end of February.