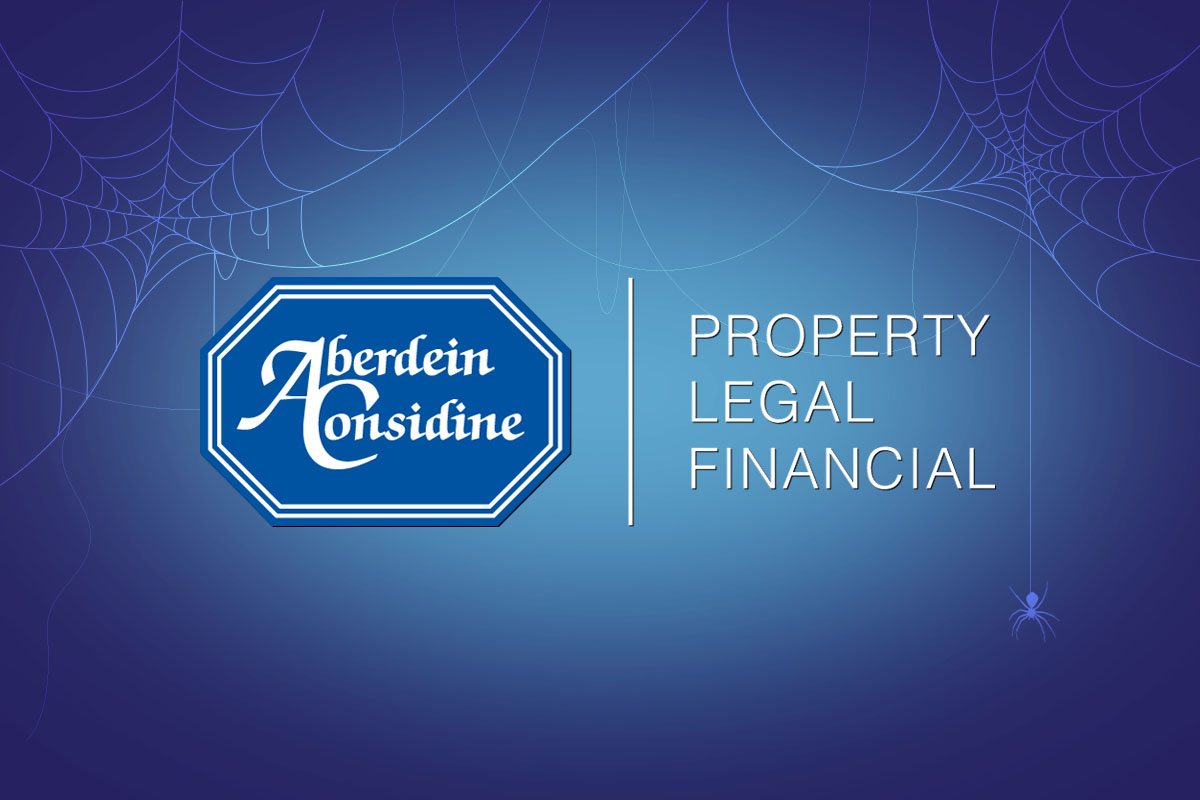 With a significant drop in temperature, and Halloween around the corner, it seems clear that summer has officially ended. We hope you will take a few minutes to read an Aberdein Considine treat – our Autumn bulletin!

For the fifth year running, Aberdein Considine’s Debt Recovery department, consisting of our finance and banking litigation team, has been awarded Top Tier status in the new edition of the Legal 500 guide which ranks and rates the best lawyers in the world. In reference to our team, the Legal 500 said ‘Aberdein Considine's extensive roster of lender clients is testimony for the team's 'strength in banking sector work', which includes secured mortgage litigation, asset recovery and mortgage fraud matters alongside other types of residential and commercial banking litigation’. For the first time, our Newcastle office has received recognition in the Legal 500 by going straight in at Tier 2. The Legal 500 states ‘The Newcastle offices of Scottish firm Aberdein Considine house a strong debt recovery practice, which is active across the North East. The group is most noted for its expertise in secured and unsecured debt recovery, with clients including national banks and financial institutions.’ We know this is a huge testament to the hard work and dedication of all of the Lender services team both north and south of the border and we hope for Tier 1 status in England next year too.

As a department, we have been acutely aware for some time now that the industry as a whole has been very focused on the treatment of customers in potentially vulnerable situations and we have been working hard internally on making sure that we are managing these customers sensitively and effectively. In addition to this, we have been working on training to ensure that our senior members of staff are trained to deal with internal vulnerability. The training programme has designed to assist senior staff in developing awareness of mental health and well-being issues which may affect the workplace. Among the key areas of focus were the ability to recognise the types of mental illness and their signs and symptoms, how to react appropriately, and ensuring that we demonstrate the appropriate communication skills to support individuals with poor mental health.

In preparation for Halloween, our Banking litigation team recently went on a spooky adventure in the Edinburgh escape rooms. One of the challenges was to escape from a ‘prison’ and the below team were victorious. Now we hope you all have your Halloween costumes at the ready… 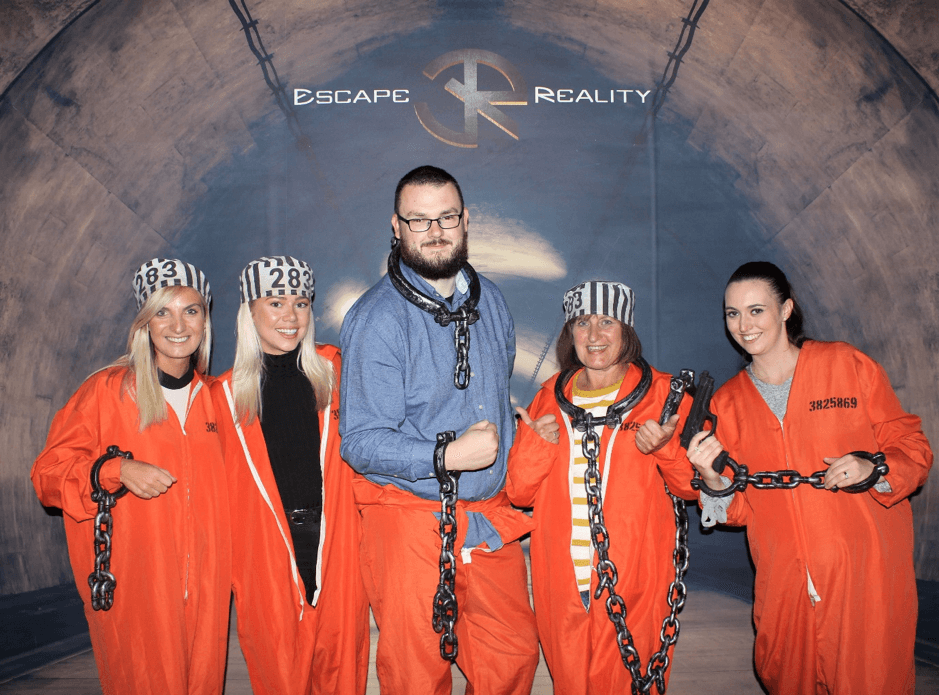 Following the termination of a conditional sale agreement, a lender may wish to seek recovery of the asset subject to the agreement and the outstanding balance they are due. The court action will usually seek the following remedies:

Two undefended actions have reviewed whether the lender can be granted these orders at the same time. In Santander Consumer (UK) plc -v- Creighton in Aberdeen Sheriff Court, the Judge determined it was premature to grant the order for payment and that this could be assessed later once the vehicle had been sold.

The later decision of Clydesdale Financial Services Limited t/a Barclays Partner Finance v Sean Lawrence in Kirkcaldy Sheriff Court reached a different conclusion. The Judge took the view that it is satisfactory to grant all orders sought by the lender as long as there is no issue with the jurisdiction of the court and the action can be considered competent. The Judge said that any potential unfairness that the customer may suffer can be prevented by the customer’s own actions and defending the action.

Lenders can therefore continue to raise proceedings and seek a number of remedies but should be mindful that there is no guarantee that all Judges in Scotland will adopt the same approach in an undefended action.

The Money & Mental Health Policy Institute have said lenders could monitor customers’ personal data to help them avoid debt problems. In particular this may assist customers struggling with their mental health. For example, lenders could monitor changes in spending habits and income and signpost customers to debt advice and assistance to help avoid unmanageable debt. The charity has relied on recent surveys in which two-thirds of people have said that they would wish their account monitored to help spot financial problems and have support offered in those circumstances. Where there is uncertainty is how lenders would assist their customers who are struggling with personal debt, but ensure that the personal data they hold is being used appropriately.

The FCA are PRA changes to mortgage reporting requirements

The Financial Conduct Authority (FCA) and Prudential Regulation Authority (PRA) have recently published a policy statement in respect of changes to mortgage reporting requirements. Having identified gaps in the data firms submit, the policy statement looks to address these gaps by increasing the data which lenders are required to submit via Product Sales Data (PSD). There are also gaps and inconsistencies in the forms and guidance in MLAR about mortgages sold to third parties and second charge mortgages.

The recent decision of Lord Docherty in Loretto Housing Association v Cruden Building & Renewals and another [2019] CSOH 78 has provided a degree of comfort to pursuers facing prescriptive arguments.

The recent decision in Loretto Housing Association is a professional negligence action involving a construction project where issues arise whether obligations to make reparation have been extinguished by prescription.

The defenders in the case relied upon section 6(4) of the 1973 Act. This section provides the calculation of the prescriptive period shall not include any period during which the pursuer was induced by the words or conduct of the defender not to raise a claim.

In Loretto, it is argued for the pursuer that an engineer was on site throughout the project and on the basis of the engineer’s advice the architect certified the works conducted for payment. Using reasonable diligence there was no reasons for the pursuer to believe that the works had not been properly conducted. Lord Docherty has held that these averments are relevant and has allowed them to progress to further procedure and perhaps a full hearing.

The advantage of section 6(4) argument is that it is entirely unaffected by Morrison and Gordon’s Trustees. If successful at proof, it will become the standard position widely seen.

The decision could be useful for pursuit of professional negligence claims in lending situations.

A lending transaction is supported by expert valuation from surveyor which the lender relies upon to determine the sums which can be safely advanced. A solicitor acting for the lender certifies in the certificate of title that he has complied with his instructions and the terms of CML Handbook.

The lender has no reason to look past this or doubt the information provided to them and therefore no reason to suspect they may suffer a loss as a result. Even in the event that default occurs on the account, the reasonable diligence of the lender would not extend retrospective valuation and a review of the lending transaction until such time as a shortfall loss had been incurred.

This line of argument is beneficial by pushing back the prescription clock as the information provided has induced the lender to refrain from making a relevant claim. Arguably, the entire period from issue of valuation or the certificate of title until instruction of a professional negligence review could be discounted from the calculation of the five year prescriptive period.

Whilst we await the Prescription (Scotland) Act 2018 coming into force to clarify the position, the 6(4) argument is clearly proving a useful tool to prevent lenders’ claims prescribing before they have even realised they have suffered a loss.

Starting Over: can lenders obtain more than one possession order? (England and Wales)

Many lenders will start a new possession claim despite already having a possession order from previous proceedings. Whilst a new claim is not always necessary, the question often asked is: should the lender try to rely on its existing possession order, or are they allowed to start again?

A recent case, Salix Homes v Mantato [2019] EWCA Civ 445, in the Court of Appeal shone a light on this very issue, bringing a welcome degree of clarity for lenders.

Mr Mantato was a secure tenant, and when he incurred rent arrears the landlord obtained a postponed possession order in 2008. Mr Mantato failed to clear the arrears and was ordered to give up possession. Several successive suspended warrants followed, each on payment terms, though the arrears were never cleared. In 2017 the landlord started a new claim for possession due to rent arrears, without mentioning the previous proceedings. The landlord was granted a possession order and, after obtaining a warrant, evicted the tenant.

Mr Mantato subsequently paid off all the rent arrears and applied to set aside the new possession order. He argued that as the original possession order was never discharged, the 2017 claim was an abuse of process and barred by res judicata – that is, was already subject to a judicial decision.

The key elements for lenders to consider here are that, in most circumstances, lenders are neither obliged to, nor prevented from, issuing fresh proceedings when there is an existing possession order in place.

The subject of possession orders can be complex, and one that requires care and sensitivity. Combining this with a robust understanding of the rules will ensure that the process remains fair and equitable for everyone involved.

This recent case is a good example of a borrower seeking to rely on data protection laws and a duty of care owed by a lender to a borrower to bring a damages claim against a lender for marking an entry on the borrower’s credit record.

The customer in this case made an application to the lender for a mortgage, the application was refused and an entry was made by the lender on the National Hunter Register which stated “false income”. The customer brought a claim for damages under the Data Protection Act 1998 against the lender claiming that the entry was inaccurate.

Upholding the first instance judge’s dismissal of the claim, the High Court concluded that:

This case emphasises a clear and common sense approach taken by the Court, which resulted in a dismissal of the claim, both by the judge at first instance and by the High Court on appeal. In recent years there has been an increase in data protection related claims brought by customers against lenders and other businesses and the practical approach taken in this case provides a clear message that lenders can adopt a common sense approach when it comes to taking reasonable care to make sure that any entries made on credit registers are accurate.

Practically speaking, if there are issues raised within a mortgage application then they do need to be investigated but a more practical approach may be taken particularly where a lender is able to rely on responses received from appropriate authorities.

The findings in this case in relation to tortious and data protection duties are consistent with the conclusions which have been published by the FCA this year in that the addition of a new duty of care on financial services firms would be unnecessary as it would simply be a repetition of requirements already found in existing duties. The FCA has therefore proposed to review how the current regulatory framework is applied and to consider implementing new Principles to strengthen lender’s duties to customers.