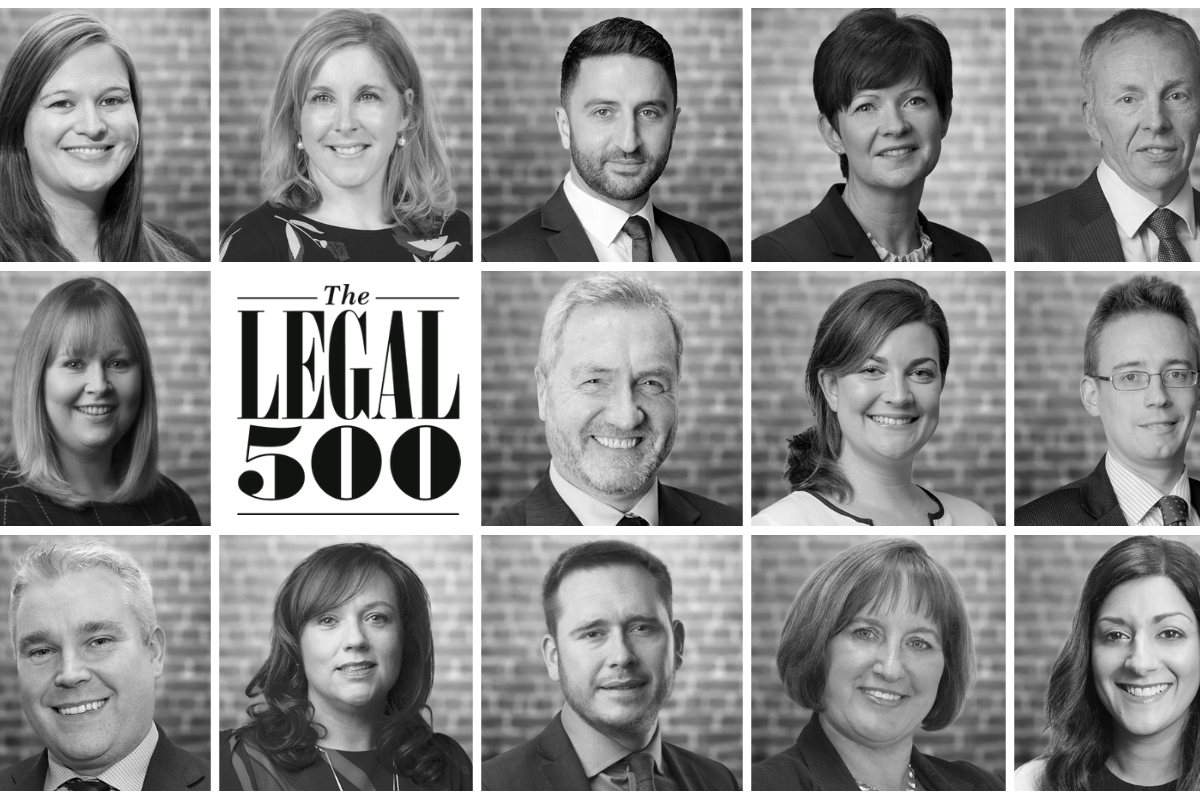 Aberdein Considine lawyers have been recognised as leaders in their field by a prestigious legal industry guide.

Twenty of the Partnership's solicitors have been recommended by the the new edition of the Legal 500 guide, which ranks and rates the best lawyers in the world.

And for the fourth year running, the firm has been awarded coveted ‘Top Tier’ status.

The accolade is in the field of Debt Recovery – and the firm has also been recognised for its Corporate and Commercial Law, Commercial Property, Commercial Litigation, Employment Law and Family Law work.

The Legal 500 series, which has been published for over two decades, is highly regarded by lawyers and clients alike due to its independent research-based assessment of law firm and lawyer capabilities.

Here's what the guide said about us...

What the Legal 500 said: "The group, which provides ‘good advice at a reasonable price’ handles separations (including financial and child-related issues), contentious and non-contentious aspects of divorce, child law matters, child maintenance, adoption, civil partnerships and pre-nuptial agreements. The practice is led by Ruth Aberdein, who specialises in high-value divorce and separation cases, and has expertise in alternative dispute resolution methods. The ‘highly intelligent and diligent’ Isabelle Douglas is ‘thorough and empathetic to the overall situation of separation’; she has particular expertise in financial provision and child-related matters. Naeema Sajid's focus is guardianship issues, although she also has extensive experience in contentious court proceedings."

What the Legal 500 said: "Aberdein Considine represents both claimants and respondents in contentious employment situations and advises a range of businesses on issues such as employee benefits and HR procedures. The practice is led by Sally-Anne Anderson, who alongside associate Catriona Ramsay, is noted as ‘smart, no-nonsense and well-adjusted to operate in changing market conditions’. Highlights included carrying out a comprehensive review of employment contract policies and procedures for the franchised business of a lending company. The group also represents a number of employers in tribunal claims, in matters involving alleged unfair dismissal, discrimination on the basis of part-time status, age and sex discrimination."

What the Legal 500 said: "Aberdein Considine‘s team is praised by clients for having ‘a good understanding of the needs of in-house solicitors‘. A hallmark of its practice is its partner-led approach to service delivery. Ritchie Whyte has ‘great commercial awareness‘ and is ‘responsive and accommodating in terms of how he presents his advice‘. Whyte is based in Aberdeen, as is team head Jacqueline Law. Anthony Quin is a key figure in Stirling. Although the firm is particularly well-known for acting for SMEs and investors in the energy and marine service sector, it has become increasingly involved in deals connected with the healthcare and food and drink industries, among others."

What the Legal 500 said: "Aberdein Considine's overall level of service is 'excellent and cannot be faulted'; 'response times, business acumen and industry knowledge are all exemplary'. Practice head Paul Jennings and associate David Orr, who divide their time between the Edinburgh and Glasgow offices, 'work exceptionally well as a team'. Jennings, who has nearly 30 years of commercial property experience, has overseen the growth of the firm's practice in the central belt, since he moved from Anderson Strathern in 2015. The practice continued on its upward trajectory in 2017."

Paul Jennings was also been praised by Chambers & Partners for the work he does with clients ranging from high street retailers and development companies through to FTSE100 firms.

What the Legal 500 said: "Aberdein Considine, whose team demonstrates 'excellent business acumen', is among the market leaders in the debt recovery field. The firm now has an impressive pan-UK offering, having strengthened in 2016, when it merged with A&S Ireland in Glasgow and also acquired Wallers  in Newcastle upon Tyne. In a significant development, Myra Scott joined the firm from Ascent Legal Scotland (along with fellow partner Laura Browne) in February 2018. In addition to Scott and Browne, the other highly regarded partners in the team are Leonie Donald, Paul McIntosh and Ross Webb. Operations director Joseph Bowie and associate Elaine Elder are also recommended. Scott's group has expertise in mortgage recoveries, consumer credit recoveries, asset finance recoveries, and corporate and commercial recoveries. Reflective of the firm's outstanding reputation, it acts for some of the UK's largest banks and other financial institutions."